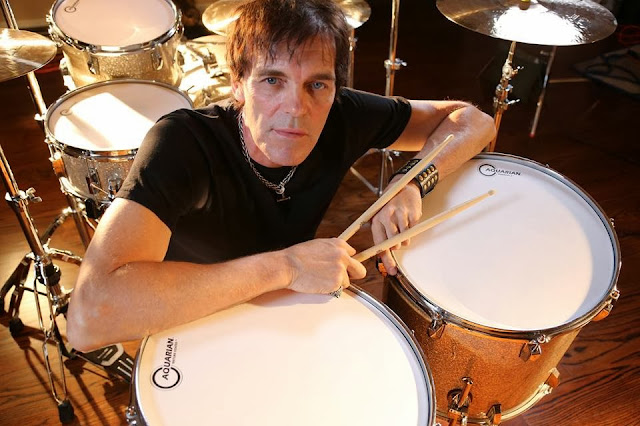 Punk icon and legendary drummer, Richie Ramone has signed a deal with DC-Jam Records to deliver his first solo album called “Entitled”. The new release includes hits, "Criminal", "Smash You" and "I Know Better Now", recorded and produced in Nashville by Richie Ramone and mixed in Los Angeles by Mark Needham (The Killers, My Chemical Romance, Cake), it was released back in October 8th.

Richie joined the Ramones in 1983 and first appeared with the band on their Subterranean Jungle tour. Over his time with the band he performed at over 500 shows around the world & wrote such fan-favorites as “Animal Boy”, “Somebody Put Something In My Drink”, “Too Tough To Die”, and “I Know Better Now”. He remained a part of the group until their final show in 1996. In 2007 Richie brought his virtuosic drumming to the symphonic world with his composition “Suite for Drums and Orchestra”, based on Leonard Bernstein’s West Side Story. In 2011, the National Academy of Recording Arts and Sciences gave the Ramones a Grammy Lifetime Achievement Award, which brought all three of the bands drummers on stage at the same time (Tommy, Marky, and Richie Ramone). 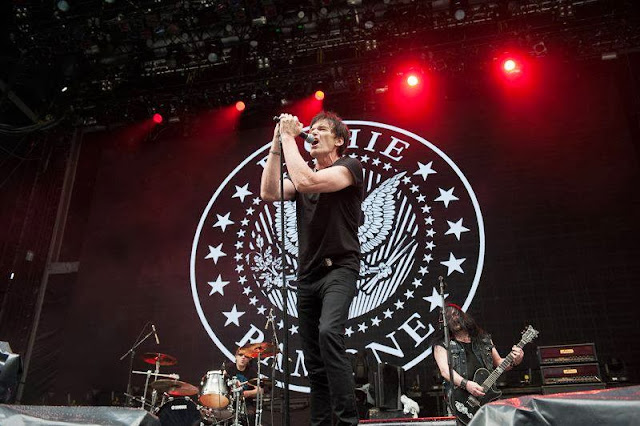 Review: Legendary Richie Ramone is a true veteran in his field. Strange to think how to exactly start an introduction for such a generation changing icon...But the change for himself has come. And all those 80's Punk/Rock enthusiasts are tantalised at the mere concept. He has stepped aside from his earlier successes and set his sights of the sure future ones to come. And even though I digress with this statement, you really have to stand and applaud him for that because it shows the power and love of music still runs deep within him... So Bravo indeed! Both he and his new found label DC-Jam Records proudly present his first solo album titled "Entitled."

Now before I start on the new album I again have to state that Richie is not just a sit back drummer, since the last Ramones show in 96 he has profusely pushed himself to beat his prior limits and raise standards for drummers not only within his genre but around the world. and if you take a moment to watch him at what he does both within and without the Ramones you may get a moment of "wait... How on earth did he do that?"and then re watch until your heart's content or green with envy at his talent.

What Richie has done with his new album "Entitled" is collect some equally talented artists, taken Punk/Rock added a pinch of Metal and dragged it kicking and screaming into the modern world. Even if the styling is not of your preference it is still so easy to enjoy.The song structures are so enticing, just as you reach a point of assumed understanding of each song it waves relevant but awesome (literal meaning rather than slang) changes, changing the entire direction and projection of the track.

The guitar work (bass and lead)is blinding, again completely relevant but exciting as when a phrase ends you're clenching your fists for another hit. The vocals are the ribbon on the package of this finely, well thought revolution and rebirth of Punk.

But how about Richie himself? It's the pulse of every high or raging moment where we needed to stand up and say "Listen to Me!" and all those moments where the fight for the freedom we want/deserve matters. The combination of Richie's vision, wonderful mastering and raw, pure talent amongst the other talents in this project leave both it and the band Entitled to a long and fruitful reign in the evolution of Punk/Rock well, c'mon... It's RICHIE RAMONE! the beat drives, encourages, empowers and fuels the fire to push against whatever walls hold us in. And lastly, Richie's band, also includes Tommy Bolan (Warlock), Clare Misstake (Antiproduct), and Ben "Wah" Reagan (The Fedderz). 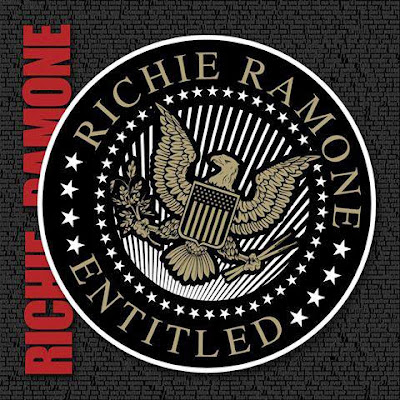