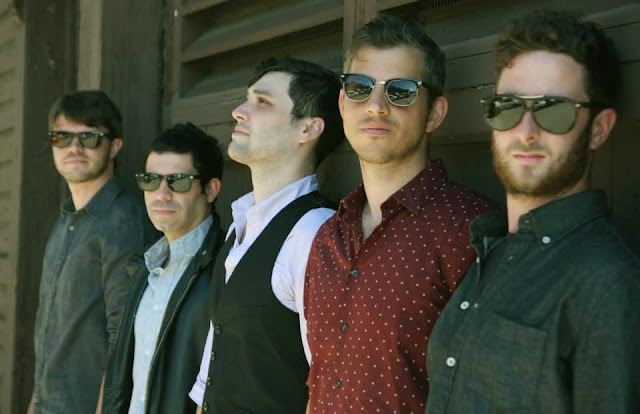 Review: A tale of serendipity and hard work, Coastgaard was born from the frustration that Matt Miller (Lead Vocals, Guitar) and Brian Dalessandro (Drums and Vocals) had with their former band, Sons of Sons. Matt was finding it increasingly difficult to stand behind the dark and moody melodies he was creating. Thus, over halfway through recording their first release, Sons of Sons disbanded with thousands lost and years spent, but Matt and Brian stuck together, unwavering. After months of composing new songs under no name, they were joined by Sean Glassman (Guitar, Keys, Vocals) and Paolo Codega (Bass, Vocals) whose jangly guitar styling and steady driving bass instantly clicked with the rhythms and melodies they were conceiving.


Remember the Beach Boys? Remember the Shadows? (without Mr. Richard).Now if you were to mix these together and bring them into the modern day media industry how would they sound?My guess is that you couldn't go too far wrong with clicking your fingers in recognition and saying "Coastgaard." Their sound is one of daydreams and delight. I listen intently to even spot a minor chord change, if it is there it holds no change in mood to the major key Coastgaard carry beyond the notes.Beach Rock is what I believe this genre is referred to and if it isn't, I copyright the term within this publishing and happily hand it to the band because there is nothing but warmth in the guitars fine humbucker sounds accompanied by the waves crashing upon the drums cymbals.

They hold a very distinct tone to calm and carry the listener from the office life to relaxing shores of the imagination. And I must say that I believe a great part of that effect lies within the vocals. Though the singer holds great talent and in the overall mix perfection to the desired aim, he is not belting out every line with a red faced gusto but nor is he softly lamenting a dirge in verse. The guy is singing... That's it, he's simply just singing. Almost to himself in tone. And that is... Brilliant!


The instrumentation is clever as well as enjoyable/relaxing. The way the percussion is mixed with the assumed front instruments (strings and keys) creates a interesting effect of more instruments... Bare with me as I explain: at points in some tracks, with a tap of the snare, chord from guitar 1 and a note from guitar 2/keys an effect is given of the addition of a kettle drum being played. And is there ever a more beachy sound than that?!

And yes I have rambled now into the brilliance of Coastgaard. The guys have done well, very well. And though I have stumbled into their other high points I hope that shows their worth. If you like a sound you listen to it, if you love a sound you look into what makes it what it is... And what ever it is, it's Coastgaard. Highly Recommend! 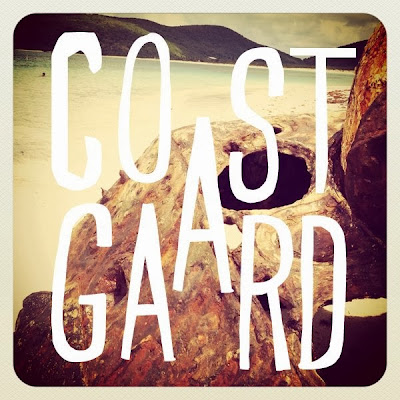