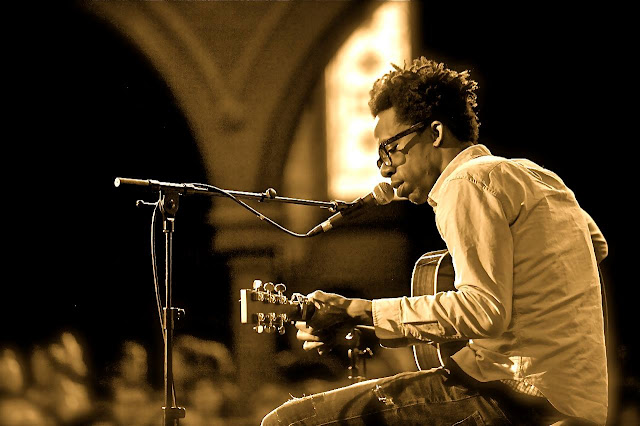 Grey Reverend is the solo project of songwriter L.D Brown. He began the project in 2005 while living in Philadelphia P.A, focusing on guitar and voice as a primary means of expression. Raised on a variety of musical genres, L.D. began playing the saxophone at age 9, but didn't discover the guitar until the age of 22, when he moved into an apartment where someone had serendipitously left one behind. While living in Philadelphia, Brown was also fortune enough to meet and study music under the instruction and guidance of his mentor and jazz guitar legend, Pat Martino. Soon enough, he was performing in various jazz, rock, and blues outfits throughout the City of Brotherly Love.

Grey Reverend has been a featured artist on NPR's All Things Considered in the U.S.  and has also been showcased on MTV, ABC, NBC, HBO, BBC and Other networks worldwide. L.D. has toured with and has been a contributing member of The Cinematic Orchestra for nearly 6 years and has also worked with Bonobo, Fink, Lou Rhodes of Lamb, members of Wilco, Lizz Wright, Tortoise and many others. GreyReverend's new album A Hero's Lie was released September 2nd, 2013 and he will tour with Bonobo this fall.