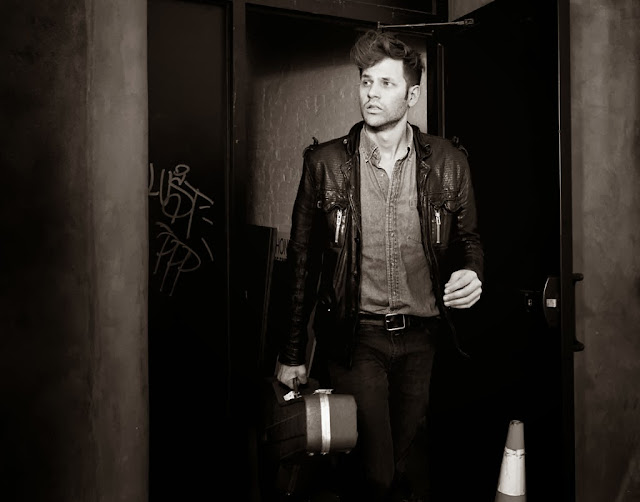 We all know the raging changes in the weathers of life, from the shining highs to the storming lows, inconsistencies reign supreme over the waters we sail upon, but every now and then you will find a moment of calm and easy sailing. Where you can take breath and enjoy simply existing.  Marco Argiro is that tranquil moment presented in sound. Proof that from a instrumental perspective you don't need to set ablaze the neck of the guitar to play something truly worth listening to. Proof that you don't have to be a multi ranged operatic diva to have a word worth hearing and proof that metaphor is not always the best way to decorate what you're trying to say.So lend your ear to the many lines he offers, un-clutter your mind and allow the compositions to carry you to wherever you may be headed.

After much listening I can say he is the closest thing to a Starsailor/Jeff Buckley crossover one may ever truly find and both those names hold attributes of great achievement. Listening to Argiro doing what he does it seems so easy to hold yourself still as the world spins madly around you. His vocals hold a great charm of clear and honest tone. His lyrics are explanatory and precise which again leaves the audience knowing exactly where they stand and what is going on, yet at the same time the sweet simplicity is provocative, leaving you listening time after time. The harmonies with backing singers are sublime! The dual layer of tone perfection eased over the coarse raw honesty of what Argiro is saying in his almost spoken word scripts gives a surprising clarity to equilibrium.


Instrumentation holds traits of minimalism reminiscent of the great Philip Glass. Proving that a wall of noise (though will push against a person) will seep little further than above the skin.
What am I trying to say? Argiro’s sound is absorbed by the listener rather than caging them. It becomes symbiotic to the listeners mood and direction. You do not have to force yourself to listen and enjoy what you hear, you simply have to stop fighting the tide and allow yourself to be carried by the current that this master of minimalism controls. We caught up with Argiro this week to have a little chat about this crafty little album called love.

R. Firstly, congratulations on your first solo album. Since it's release, you've taken leaps and bounds, to achieve this beautiful body of work. How do you feel about it now?
MA. Thank you very much! I am extremely proud of this album and excited to connect with more and more people through the songs.

R. Thinking back to early childhood, what was your first experience with music for the first time like? What song do you remember most as a child?
MA. Music has always been such a big part of my family. Growing up in Ft. Lauderdale, my earliest memories of music would probably have to be nap time in preschool when our teacher would play Johnny Mathis records on the turntable to help us mellow us out. However, The song I most remember as a child would probably have to be "I drove all night" by Roy Orbison. We would listen to a cassette tape of Roy's greatest hits on family trips to Marco Island on the west coast of Florida.

R. Does anyone in particular influence your artistic/musical talent?
MA. Rock n Roll music has had a profound influence on me. I soaked up so many of the greats by listening to a local oldies station called Magic 102.7 that played classic 50's and 60's tunes. As my musical palette continued to evolve I became quite fond of punk and alternative music. To name a few that have stuck with me up until this day. The Beatles, Kinks, Tom Petty, Superdrag, Weezer, and of course The Ramones.

R. LOVE is the first track to be released from the album. Is there something personal about this track you'll like to tell us?
MA.  Love is opening up your heart and mind to new experiences and hoping people will understand that we are all part of a much bigger picture. Love is also a quest for knowledge and the never ending thirst to answer life's most confounding questions. The song is about that journey and in the end realizing that LOVE is really the ultimate elixir.

R. What do you attribute to your "drive as an artist/singer"?
MA. Avid Love of music, life, and people. One might say, I'm obsessed with Rock 'n Roll.

R. What's on the horizon?
MA. I would like to continue touring with my band and explore countries we've never been before. I think the next step for us would be performing on late night television. Fallon, Conan, Letterman. It would also be great to perform on the Jools Holland Show.

R. If you had only five minutes on earth to perform one song that could leave a great impact on the world today, what song would you perform and why did you choose this particular piece?
MA. Hmmmm that's a tough one... There are so many great songs out there that I would love to sing. I'd probably have to say "God Only Knows" by The Beach Boys simply because it's one of my all time favorite songs. Wait, strike that... I got it. Let's go with "In My Life" by The Beatles. perhaps when I'm faced with this decision I'll come up with a five minute medley encompassing both tunes. Wait. Stop the press!! I've got it. "Beautiful World" by DEVO . Why? Because I still believe it to be true and who doesn't like I bit of DEVO? 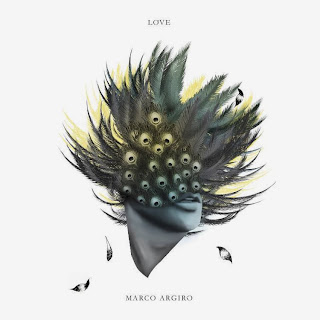