Blank Paper is a 4-piece band based in Brooklyn, NY. The members come from all over the US & Canada with an eclectic and extensive musical background. They became friends in Boston while attending college. Taylor Bense (synth keys, guitar), back then a session guitarist and writer, invited Marie Kim (vocals, synth keytar) to start singing on his compositions and write together. Chris Holdridge (drums, sampler pads) and Taylor played in a band together at the time, and Chris also had toured alongside Cory Sterling (bass, synth bass). As these projects disbanded, the four of them found themselves in New York City for greater inspiration. In 2012, Blank Paper formed naturally as friends, and as lovers of electronica, EDM, hip hop and soul. 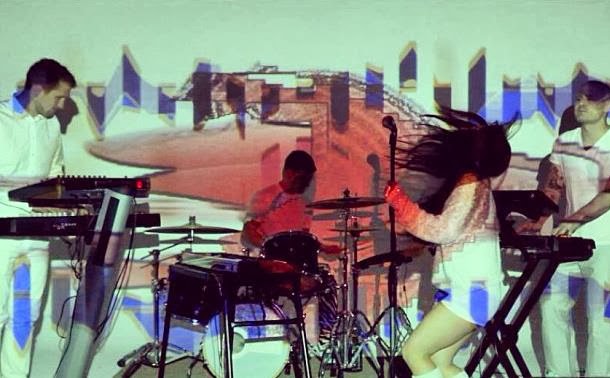 Taylor is the main brain behind the tracks/sounds, Marie makes the vocals, but the whole band collectively writes & arranges. Blank Paper shares one heartfelt goal - that is, to put good songs in an innovative musical medium. Despite being rather tech-savvy, they use no corrective studio magic, and no laptops on stage; a rarity in electronic, synth-heavy music.