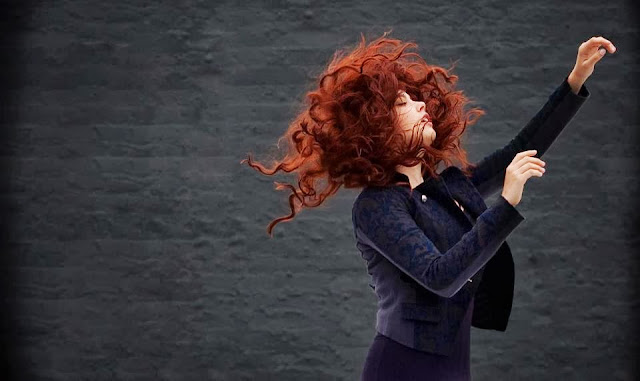 The Deli praised Margot MacDonald as a "master" of the loop pedal, which she uses to layer her own voice on itself, creating complex rhythms and harmonies. In addition to MacDonald's impressive vocals, Canvas also features the artist's guitar, piano and bottle playing skills.

Described as creating "rich" haunting arrangements in a process that is "mesmerizing to witness" by Performer magazine. Margot MacDonald is recognized for her lush vocals and beautiful melodies throughout her hometown of Washington, D.C. MacDonald is an 11 tim Washington is an 11 time Washington Area Music Award winner and a recipient of DC's "Power 30 Under 30" award.

Born and raised in the Washington, D.C area, Margot MacDonald began her music career with Washington National Opera at age 10, and by 12 was releasing her first album of original material. Since then, she has put out a second and third album, and played such venues as the Kennedy Center, 9.30 Club, SXSW, and Rockwood Music Hall in New York City. We decided to catch up with the songstress to chat about the her fourth full-length album.

R. Thanks for taking the time to chat with R360. In your own words how would you describe your music?
MM. Recently I’ve gone with “Indie-pop A Cappella”, but if you think of something better, feel free to advise! The music is pop oriented, but incorporates elements of a cappella, indie, rock, world and electronic. With my loop pedal, I build a wall of vocals and orchestrate to my liking. It can be upbeat, mellow, sultry... because of the repetitive nature of the loop pedal I get “hypnotic” a lot.


R. Thinking back to early childhood, what was your first experience with music for the first time like? What songs do you remember most as a child?
MM. Disney movies and Barney songs were my jam. I could probably still sing back the entire soundtrack to “The Lion King.” What an amazing collection of songs. I also have a clear memory of scream-singing to my Sarah McLachlan cassette in the car – she was building a mystery, ya’ll.

R. In November you released your fourth full-length album, Canvas. What can you're audience expect to hear?
MM. A new sound for me. It’s a varied mix of up and down tempo songs, but unifies in the use of harmony and my voice as a central instrument.

R. Lyrically speaking, tells us a little about what you're songs are about?
MM. The album touches on a variety of subjects; there’s an ode to DC (and city life in general), a song about waiting for happiness, a play on ambiguity between prescribed and recreational medication, and a song dedicated to my late mentor. Apart from that, it is (of course) filled with a fair number of love songs – one may or may not be about lightheartedly stalking your crush.

R. Does anyone in particular influence your artistic/musical talent?
MM. I’ve never really idolized a particular artist, but Imogen Heap is hugely inspiring in the convergence of music and technology. From the live use of Ableton to the development of her “musical gloves”… the audio nerd in me is wheezing right now.

R. What do you attribute to your "drive as an artists"?
MM. There’s nothing I’d rather be doing, and no better platform I’ve found to broadcast my ideas and support for others. Creating and performing is Plan A – my lack of a Plan B provides plenty of drive. Actually, my Plan B is photo-shopping for the Daily Show. Anyone have any leads?

R. If you could perform with anyone in the world, either dead, alive, or broken-up who would it be? Why? (Name up to three)
MM. Oof. Narrowing down this list is always the worst. Right this second I’d say Bobby McFerrin, Rhye and Lucius – all to pull from their particular brands of creativity.