Interview: Ìvar Pàll Jònsson, composer of Revolution In the Elbow of Ragnar Agnarsson Furniture Painter.
Ìvar Pàll Jònsson is the composer of the best musical soundtrack of the year. That is not an easy judgment for me to make, but after listening to the 18 songs on the soundtrack album Revolution in the Elbow of Ragnar Agnarsson Furniture Painter by Ìvar Pàll Jònsson, I think we have a winner. The concept of both the album and the play brilliantly takes on big ideas and puts them in a small space where they are easily understood, like an elbow. The music spans decades and genres, soaring to electric heights and getting down and dirty with energizing beats, all performed by The Revolutionary Cellular Orchestra and a stunning international all -star cast. Just listening to the music has me thinking about cashing in my miles and going to New York to see the play. The next best thing is listening to the album and talking with the composer, Ìvar Pàll Jònsson. Our LA correspondent Patrick O'Heffernan had a chance to chat with this amazing composer about his musical journey.

R. I understand you had your first preview performance last night. Did it go well?
IPJ. Yes, it went very well. It was a big event for me. Three and half years ago this was just an idea in my mind and to see it last night on stage was fantastic.

R. You started your musical journey as a journalist. Before Elbow you produced 6 albums. so you built your musical chops. But I wonder, is there something in your experience and training and worldview as a journalist that shaped Revolution in the Elbow of Ragnar Agnarsson Furniture Painter?
IPJ. Well, you gain a good perspective on everything as a journalist although it depends on what you cover. if you cover general news, you see everything aspect of life. Yes, it certainly helps you get a deeper understanding of issues that you would not otherwise think much about. Yes, it helped me and it helped me develop as a person. 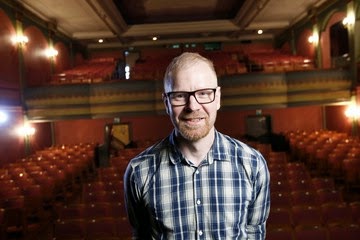 R. You have said you are not sure how you came up with the concept and the title. it was a story that slowly emerged around three and a ha;f years ago as you wrote down ideas. A lot of songs and plays develop like that until there is a catalytic event that brings them together and kicks off creativity. Was there such an event?
IPJ. Well, it kicked off from an event that gave me the idea for the story and made me want to tell the story, the financial crisis in Iceland 6 years ago when the economy collapsed. it was a rather bad end to a virtual realty of prosperity. That is the story I am trying to tell, but it is not the story that is specific to Iceland, it could happen anywhere. I chose this rather surreal setting to make my story abstract so it would not be tied to any specific and places.

R. That event did occur around the world and Iceland handled it very well - you helped out homeowners and jailed the bankers, something the USA has not been able to do. Is there a Ragnar Agnarsson and does he have a hollow elbow?
IPJ. Yes, I found out later that there is one Ragnar Agnarsson in Iceland. I did not know him and I have to apologize to him for using his name. he is not a furniture painter, furniture painting is a profession I made up. The character does not exist and as far as his elbow, he is oblivious. 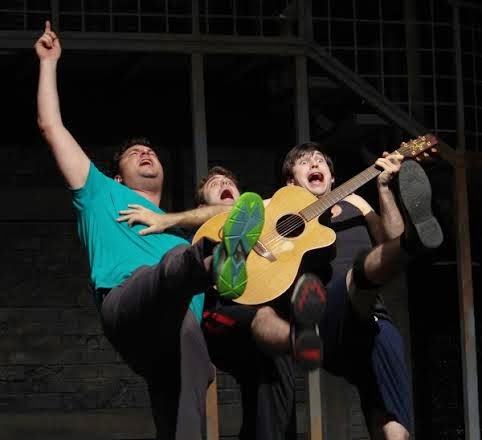 R. One of the concepts you introduce is the "prosperity machine." We have been promised prosperity machines from nuclear power to fracking to fast food, all of which created more problems that they solved. You song "Midas Reborn" sums up that experience rather well. There is a line in that song, easy money is a dangerous thing. That is a lesson many people never learn, especially on Wall Street. How did you learn it?
IPJ. This is what happened in Iceland. We had a lot of easy money and we went over board in getting loans from abroad and lived the high life without worrying about the consequences. When you have access to everything you want you and you can finance anything you want you become careless and you behave irresponsibly. It is a bad situation and the incentives are screwed up. Eventually you have to repay and that is when reality sets and it can be quite harsh.

R. You kick of the album and the play with a high energy dance number, driven by a pulse-pounding kick drum. You could have written the opening song in many other ways and many musicals usually start with a low key intro, but you chose a powerful, primal percussion piece and a soaring female vocalist to introduce the story. Why?
IPJ. It was actually a song I had written a few months prior to writing the outline of the story, so i had it in my arsenal. I just felt it was the right the song to begin the play and the album. I am happy with that decision. It's a big dance number and it is energetic and we are setting the play with piece - a kind of a merger between two worlds. I wanted to embrace musical theatre, but i wanted the music to be something that i would listen to, so there are a lot of aspects of musical theatre there, but it is different - it is not Mary Poppins.

R. Will you produce it in in Iceland?
IPJ. I there are already talks about doing that, but I don't have any information on that. I hope so, but we are quite busy with New York right now. I was very nervous last night at the opening. You are basically yourself out there-it was the world premiere.


R. What are your musical influences for Elbow?
IPJ. I am a big David Bowie fan - he is an idol of mine. I also listen to classical music. Queen had a big influence on me when I was young. Also rock, and Beethoven and also Queen of the Stone Age, Wilco and many contemporary indie bands.

R. One of the characters in the play is Manuela, the Mayor of the elbow. Your site describes her as a pragmatic leader, maybe a bit evil, whose pulls the strings. That could describe most world and local leaders with hegemonic power. Is that an Icelandic view of the world?
IPJ. Yea, we are really skeptical of politicians in Iceland, understandably. She is a politician with a capitol "P". She is an opportunist. She does what is needed to survive, very pragmatic. She does what is necessary, but she is well-intentioned, like most politicians. She is just a little bit evil, like most politicians. She represents our political system which encourages corruption, but it is not black or white.

R. We are out of time and I know you have to get back to the theatre and get ready for your second night. Thank you so much for taking the time to talk with me.
IPJ. My pleasure. 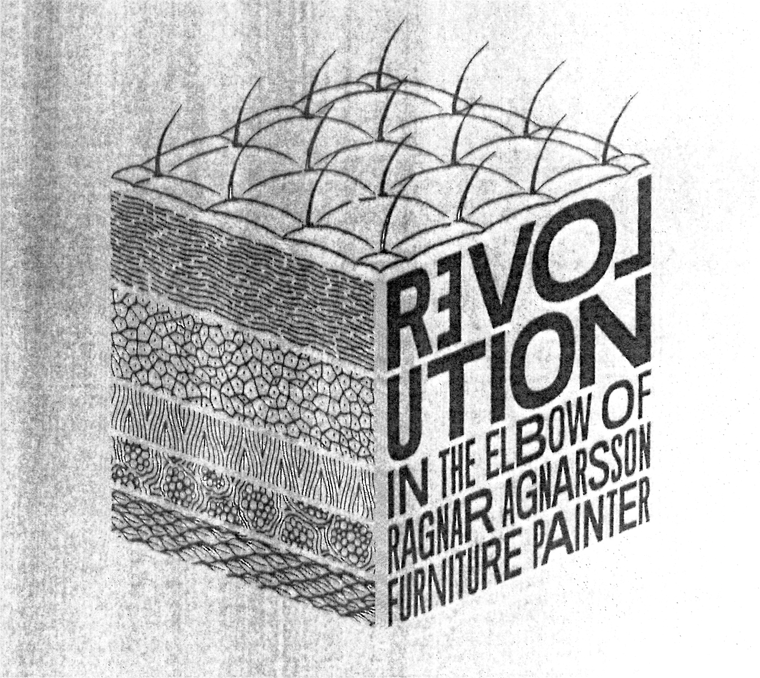