Chicago's Razorhouse takes its name from the Mayan spiritual teachings in the Poul Vuh and is in the midst of releasing a series of EPs. Each release is referred to as a "Codex," the term for a section of the Mayan writings. The band combines elements of industrial rock and hard glam with the distinctive voice and songwriting of group leader Mark J. Panick (The Bonemen of Barumba, Chac Mool, Revolting Cocks), whose work is encoded with beautiful daydreams and dirty ideas.

While earlier incarnations of Razorhouse included members of RevCo, KMFDM, and Sister Machine Gun, Panick has more recently opted for a rotating lineup with players recruited specifically for recordings, shows and tours. When asked whether Razorhouse is a band in the classic sense, Panick states "I see the idea behind [the group] as a nomadic tribe with the music being the ministry of propaganda... I've been doing the same thing forever: I'm building forts with other fun kids."

Razorhouse's first EP, Codex Jun, was released in the fall of 2013. We spoke with Panick back in 2013 and are over-the-moon to hear that the band's latest offering, the sublime and psychedelic "Neu Sensation," was recorded at CRC in Chicago and produced by Danny McGuinness, who also played bass. Mark Panick handled lead vocals and played acoustic guitar, with Danny Shaffer on electric. Grammy nominated engineer Howie Beno co - produced, is credited with keyboards and assorted noises, and was responsible for the mix. Bob Ludwig, well known for his work with Led Zeppelin, The Police and Nirvana, mastered the track. We've headed out to the windy city to catch up with Panick to get all the scope on his "Neu Sensation."

R. It was a pleasure last time and no doubt it will be this time. Straight of the bat what can you tell us about the new track,  is there anything different from the last?
MP. Well, we recorded “Neu Sensation” during the same sessions as “Dedicated Love,” our first single from the last EP. But as I was writing new things it became obvious to David and myself (and both Howie and Danny Mac, as well) that some of these creatures or songs would make nice combo platters with others. If you are paying attention, they decide their own pecking order. But this track had been kicking around the song file in my skull for a bit. It’s far less rootsy then many of the other songs of late. But in my view, Razorhouse straddles more then a few genres; to my ear we are more Harry Nilsson than any contemporary peer.

R. Your body of work is impressive to say the least... You're constantly changing and evolving. For our audience walks through a little about how a song comes about? Where do you draw inspiration from?
MP. I subscribe to that ancient Amish writing tradition, fill the well….disgorge the well. Often it seems like the songs find you. And they usually arrive when your guard is down. I try and be nice enough to myself that I am ready when they arrive. When they arrive unannounced, all too often the backwoods cousins want to wrestle; you just have to be prepared.

R. Neu Sensation is the latest track from the upcoming EP Codex Du - scheduled for release in 2015. Will we hear a similar theme and sound throughout the entire EP? What can our audiences expect to hear?
MP. There are a few different vibes on Codex Du. I’m naturally curious, so I like journeys and we try and pull that off on our recordings. Its runs the gamut from spooky cowboy tunes about transvestites to lovers trysts with saints.

R. Having stayed independent for most of your career, and your music consistently awesome, what would you say are the biggest changes to the industry that you've seen around you?
MP. Mostly I’ve noticed where some music industry professional’s butt plugs have gotten larger and more elaborate, others have had their butt plugs repossessed.

R. Have you ever been told that your music would be a perfect addition to a lovemaking playlist?
MP. I have to quote one of my favorite Americana folk characters here: “I’m just glad to be in there somewhere” – Navin Johnson 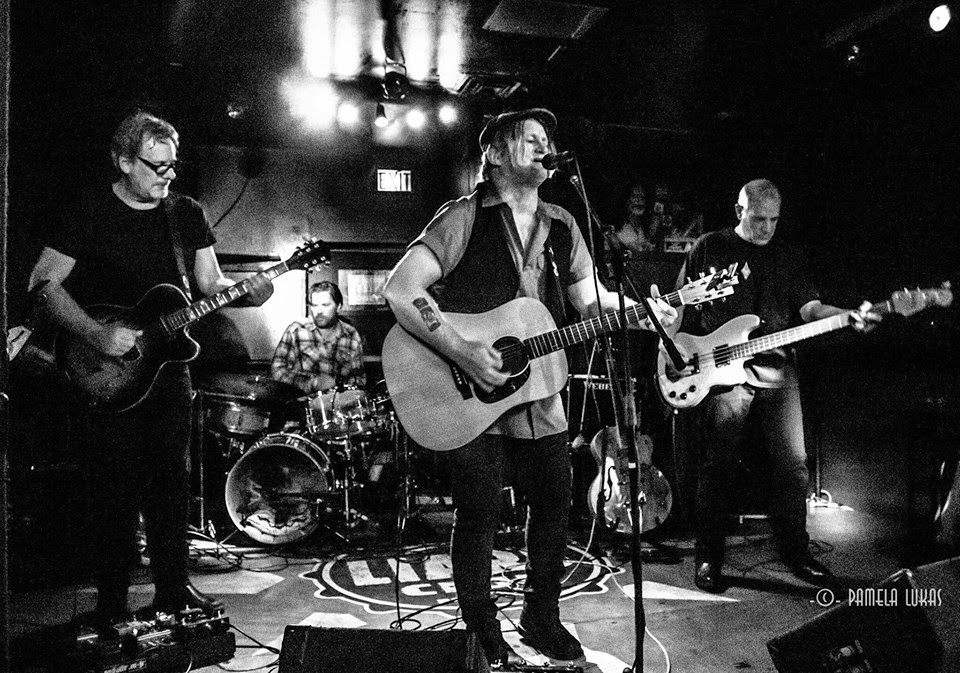 R. Give one random and interesting fact about each of the members playing with you:
MP. Me – I am a fanatical philatelist
David Suycott – Ice Hockey Goalie
Danny McGuinness – Federal redactions on his Tinder profile are there for a reason
Howie Beno – Child Prodigy French Horn player
Tommi Zender – we secretly grind anti-anxiety meds into his organic chai
Jim DeMonte –  The first time I met Jim we weren’t “best buds”, now I “lub” him.
Danny Shaffer – Goes up and down the streets of Highland Park sharpening knives and scissors.


R. What else is on the horizon?tours/festivals/etc...
MP. [I’m} working on a new video for the next single (out in this fall) called “Girl Like a Hand Grenade.” And I am continuing the saga of Hairy Shunt, the character that I played in the “Dedicated Love” video. Hairy lives in a box and has issues; beside the fact that he is part stuffed animal-type creature, he seems to have substance abuse problems. So I am bringing Hairy back in this new video but he has mutated a bit. We are booking some out-of-town shows and just enjoying bringing new music out into the light.

R. If you were given the opportunity to curate your own festival, who are 4-5 other bands/artists you'd want to play "Codexfest?" (What else would you call it?) And... GO!
MB.  I’m assuming that this can be a living or dead situation.
Neu Sensation is out now and available at iTunes 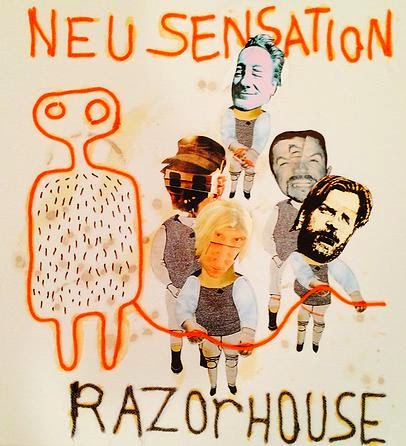