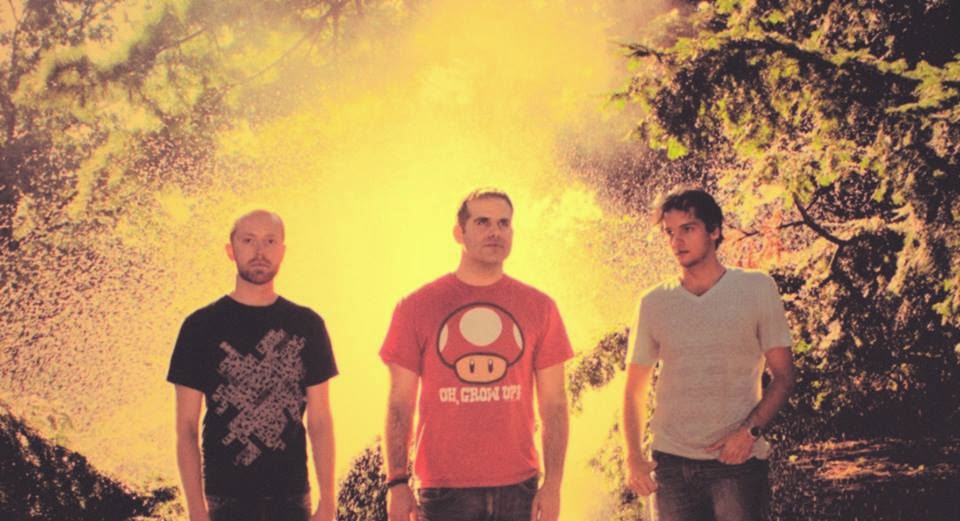 QVALIA (pronounced "Qualia") is a New York - based cinematic alt pop band, formed in 2014. Its lineup consists of Michael Hazani (bass and vocals), Pier Luigi Salami  (keys) and Shawn Crowder (drums), three musical soulmates who met while attending Berklee College of Music and have been playing together for years,

QVALIA's first album, "This Is the Color of My Dreams", was released this September of 2014; the promo singles are accompanied by interactive, immersive 3d songscapes inspired by 90's PC adventure games which QVALIA also incorporates into its live show, creating a one -of-a-kind juxtaposition between the emotionally open, heart -on-your-sleeve music and the pixelated, artificial, CGI-based songscapes.

QVALIA was conceived by Michael Hazani, a songwriter and music producer, as a musical outlet that did not need to conform to the strict demands of the pop market. "This Is the Color of My Dreams" proudly wears its influence on its sleeve - analog synth and 80's inspired guitar - laden melodies, percussive war drums a-la action film scores, the constant interplay between the intimate and the large-scale epic - while its overreaching themes of mortality and hope are lyrically influenced by the likes of Keats. TS Eliot, Saint-Exupery and the Book of Psalms.

The resulting effort is a concise, diverse song cycle which - while being accessible from the first listen - rewards multiple spins and calls for a repeat visits to its wide pallet of sonic and emotional colors. We caught up with Hazani to chat about his wondrous soundscapes.

R. What type of band are you?
MH. We're a cinematic alt-pop band; our sound is primarily influenced by videogames, classical music, filmscores and 90's rock.

R. What inspired you to do what you do?
MH. I's created QVALIA after several years of writing songs for other artists, TV commercials and indie films. At some point I realized that I really wasn't making the music I want to make: the result of my own experiences and influences, i.e reading a particular book, or seeing a particular landscape, or just being in a unique mood. So I dropped everything else, gathered some of my favorite collaborators and set to make this album - music that, for the first time, expresses what i want to express.

R. I'm sure most people will want to know. What is the meaning of QVALIA?
MH. QVALIA is a Roman stylization of the word Qualia, which is a term in phenomenology; it simply means the different way in which we perceive sensory experiences. The way you see the color red, that's different from how I perceive it. How chocolate tastes to me, which isn't necessary how it tastes to you. Qualia is that personal, unique, emotional response. 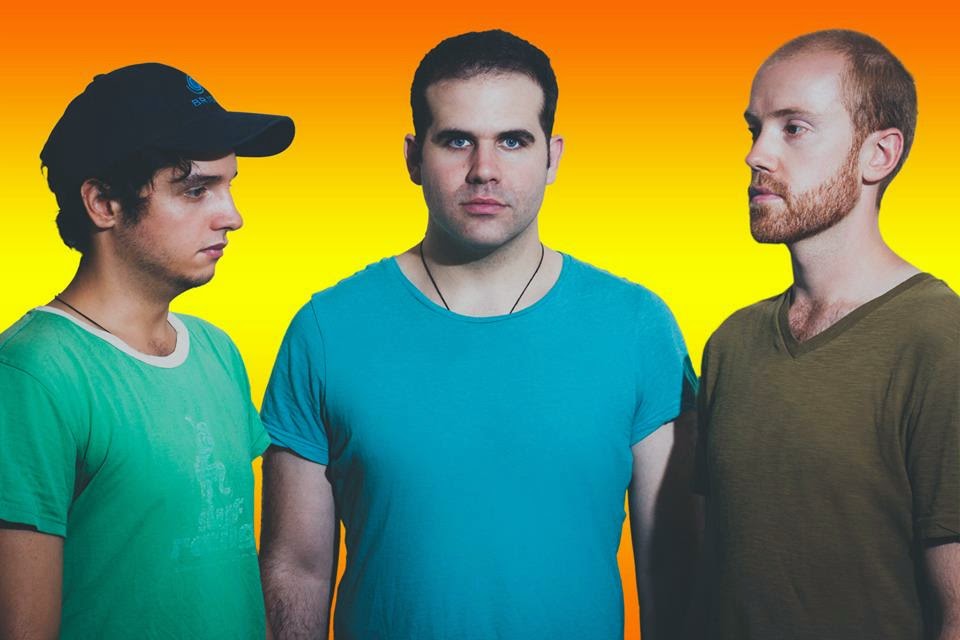 R. How does music affect you and the world around you?
MH. I see music as a pathway for deeper personal exploration. You get to know yourself better by the way you respond to certain songs,certain melodies. Music certainly makes me feel emotions that I didn't know existed within me, and I think that applies to a lot of people. At its best it's likes a map, or rather, like the feeling of being lost in an entirely new place.

R. This Is The Color of My Dreams is about what? Is this about you? Share with us the over-all making of the LP and the message behind the title.
MH. This Is The Color of My Dreams is a more autobiographical than anything I've done to date. But it's not about me, about Michael, as its sole subject; the songs area series of explorations of ideas such as mortality, growing up, obsession, and letting go when you can't or shouldn't hold on any longer - ideas that are external to myself and involve other people, places and experiences, but that also contain me in them.

R. Who are your musical and non-musical influences?
MH. I was born and raised in Israel, so I had the fortune of being exposed to a wonderfully diverse combination of local and international music. There are thriving music scenes in Israel and our version of American pop and rock has a unique flavor to it; that said, growing up I also listened obsessively to several "bigger" bands - Queen, Radiohead, U2, the Police, the Cure.

Aside from music, I'm a bookworm, and my favorite writers - those who also influence our music - are Borges, Ende, Poe, Kafka, and Neil Gaiman. Artists who let their imagination roam free while not losing touch with the human experience have always been my favorite.

R. Describe your show, visually and musically?
MH. Musically, our show is very faithful to the record, with little variance - although we do add a couple of creative covers for seasoning. But since we're very happy with the songs as they are, we see little reason to change them. Visually, our shows feature the Songscapes we've created for the music: 3D, immersive, interactive environments that resonate with the emotion of the music while providing a physical imagined location for it. It's hard to explain but you're welcome to check out the first one for yourself, here: songscape1

R. Tell us about your next shows and why we should be there...
MH.We have a busy winter schedule ahead of us, that will see us playing shows in and around NYC while also extending our reach and touring in much farther places. Our debut show (and album release party) is October 12th at Arlene's Grocery in NYC, where we'll be premiering our live 3D songscapes and sharing a bill with some great bands who are also dear friends of us. We can't wait to share this live experience with the world!

This Is The Color of My Dreams is available at: iTunes, bandcamp & soundcloud 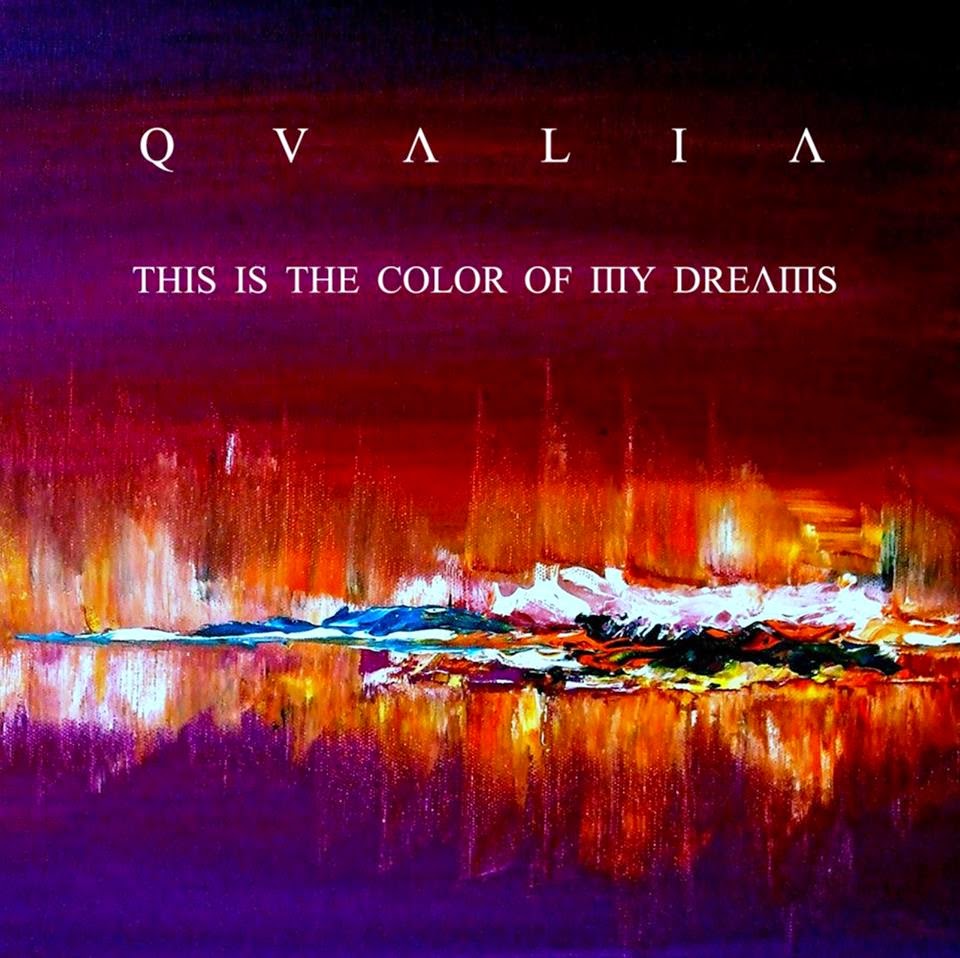