Review: Ben Jaimen can’t escape his fans, even though he is just being introduced to the US. A tall, olive-skinned 27-year old with a fashionable five o’clock shadow and a brilliant welcoming smile, you would not know he just blew away the crowd at his CD release party
with perfect pitch pop rock.

A native of Germany with family in Israel and Argentina, Jaimen moves easily among those and other countries, picking up musical influences while retaining a certain humble cosmopolitan air. Music training in Israel, college in London, summers teaching music to disabled barrio children in Cordoba, he has seen and given a lot for such a young man and it shows in his eyes and his smile So it not surprising that a conversation with Jaimen is punctuated by pretty girls asking for his autograph and hoping for hugs (they got them) and couples who just want to stop by an out of the way corner table say “hi”, bask in his reflected glow and add to it with their accolades.

They are all still buzzing with his music, delivered faultlessly from a small but well-equipped stage set up at the Sofitel Beverly Center Hotel’s intimate outside venue.  After a video of his new single, “Satellites”, showcasing his good looks and solid, high energy songwriting, Jaimen hopped onstage, flanked by the  band.  He flashed  a brilliant but self-conscious smile and launched into a four-song set that showed us why he is so popular in Europe. The set also showed why he will be popular in the US and – most importantly – why he can be a huge star worldwide  if he takes the next step in his  maturation. 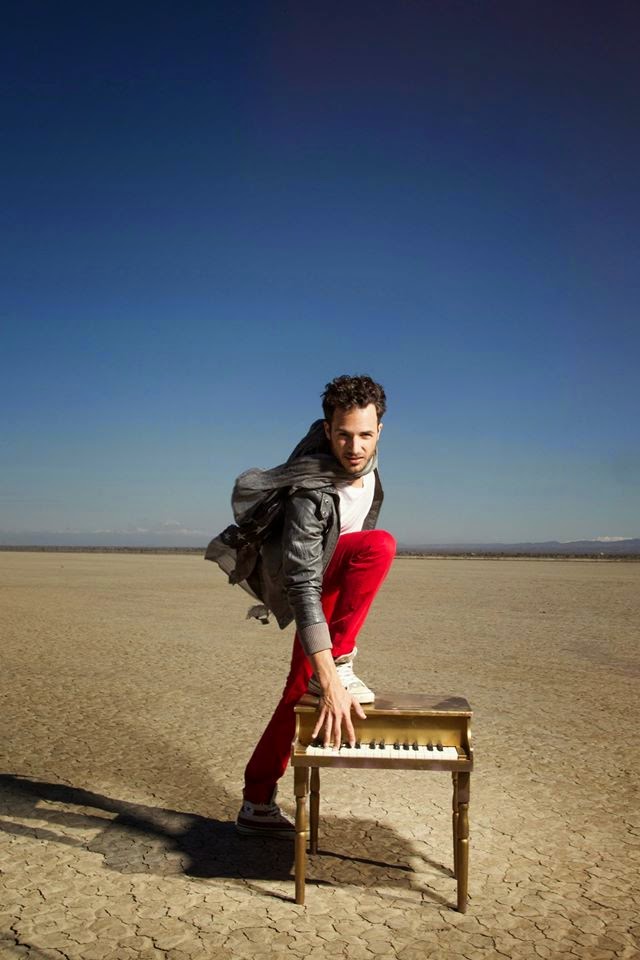 In short, Ben Jaimen is very good. The Question is, can he become greater?
The four songs he played for us, all from the debut EP, Through the Universe, were masterpieces of technical pop perfection. The single "Satellites", and the EP songs "Not a man for Sale", and "die For You" all had his stamp on them. Each song was exact - the guitar riffs were exactly the right length and exactly where they should be. The drumming was exactly on beat, moving the song along in an enjoyable but predictable trajectory. The songs flowed exactly through setup, bridge, chorus, hooks and end (with a little deviation for "Tokyo").

Jamien's stage presence was also exactly released rehearsed and formulated, with hand and arm gestures practiced until their timing and photogenic quality was perfect. In short. Jaimen has reached the point in his career where he was has complete control over his craft and his technique. he can assemble and deliver a song or a performance precisely to the blueprint. Not surprising for a man who has sung to a million people at The Brandenburg Gate, written hundreds of songs , and is working with voice coach Ilana martin (Sean Combs, Patti LaBelle, D'Angelo, Stevie Wonder, Donna Summer) and pianist Davy Nathan (Christina Aguilera, Toni Braxton, Sean kingston, Jason Derulo, Eric Benet and The X-Factor).

As Jaimen joins fray in the huge and hugely competitive US music market - especially in LA where he is now based - he needs to move German engineering into a creative space where he just does, with practice and artifice and exactitude. he needs to incorporate some of the out of control, controlled energy of a Xander Demos or Bombay Bicycle Club, take some San Francisco acid and Silicon Valley risk, ride some LA surf and groove to some New Orleans blues and let his huge warm heart come out through his talent. He is very, very good. Now he needs to let that all go and become great.


Through the Universe is out now and through iTunes and Amazon 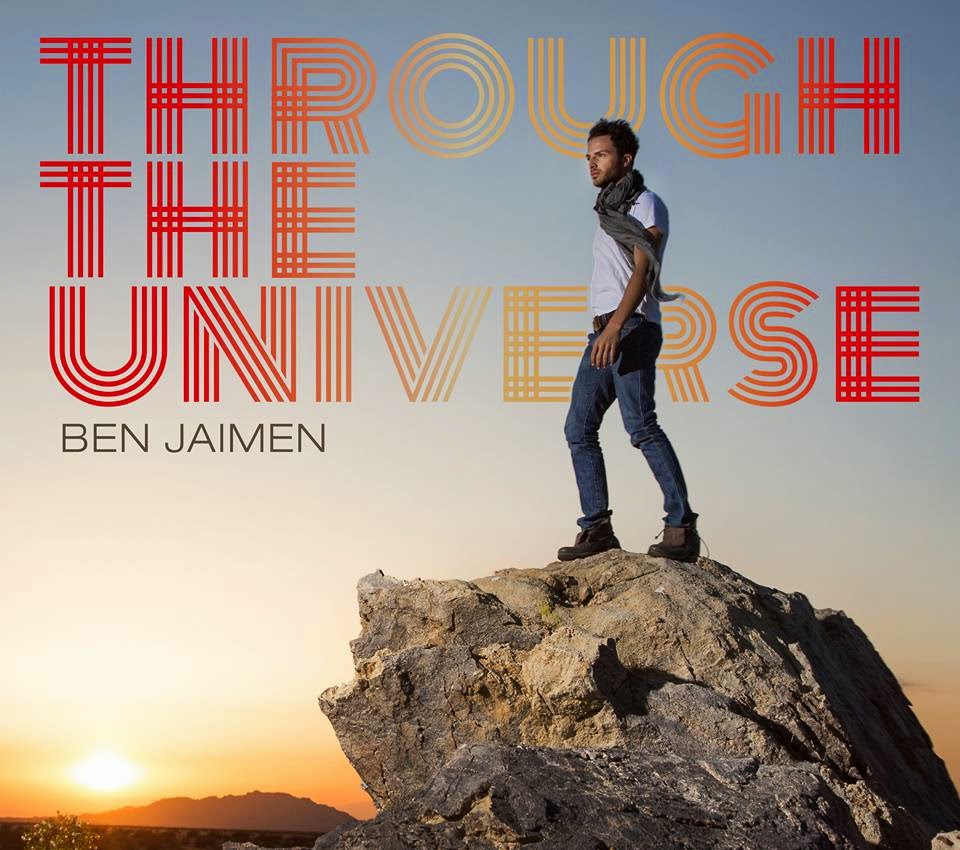