Review: Aubrey Logan calls herself a pop singer, but she quickly adds, "you can't take jazz out of this girl". A graduate of the famed Berklee School of Music and an American Idol alum (season 8) the jazz-influenced pop singer and trombone player - or pop-influenced jazz singer and trombone player depending on her mod and set list - has accumulated valuable lessons and skills in both jazz and pop as she has travelled through the varied pathways of music. All of those skills were on displays at the Witzend Saturday. Also, along the way, she picked up a knack for making audiences love her. Jazz, pop, voice, trombone - they all come together in a terrific performer who is undiluted fun on stage.

The LA-based/Seattle native, comes by music naturally. Her father played the trumpet and her mother led her high school choir and used her position to finagle her daughter into the school band with virtually no musical skill but a lot of talent. It was there she picked up the trombone, figuring it get her into the jazz band, which is where she really wanted to be. She made it clear Saturday night that she never left the jazz band, but the rest of the music world has come to her. She rolled together jazz, pop, rock, rap and the trombone, added a spice of theatre from her acting, and created a show that was stoppable and unforgettable.

Her fans began filtering into Venice California's Witzend venue as the warm up act, singer/songwriter Sydney Jane, started his final song. By the time Aubrey strode to the stage with trombone in hand, she had to navigate a thick crowd of well-wishers all jostling for her. She mounted the stage, took a seat on a stool in the spotlight, looked over the crowd, flashed a 100 megawatt grin and said "I'm starting to think you love me." 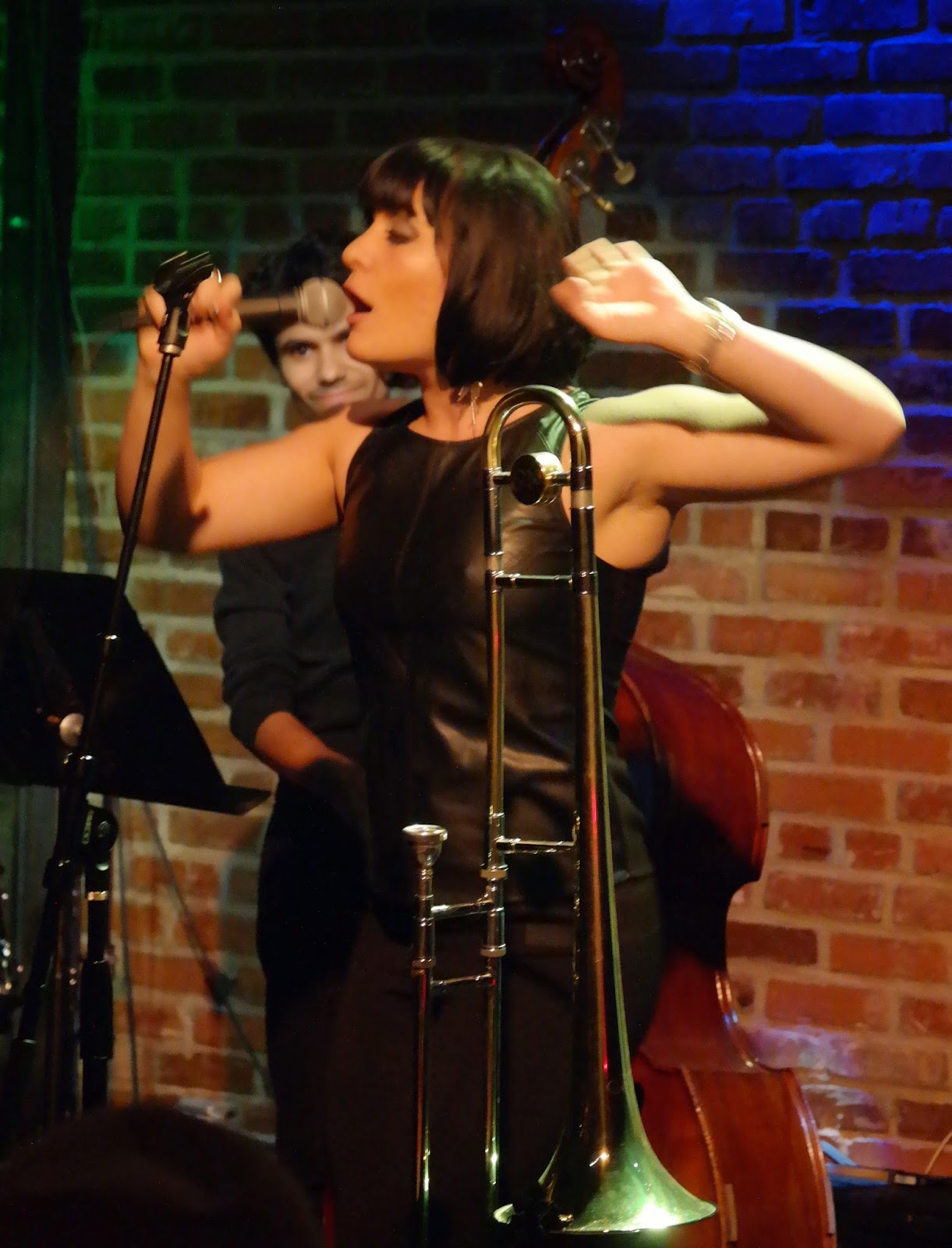 When the applause died down she launched into her jazz-inflected "Jackson-Mars Mashup", moved along with standup base beat, keyboards and backup singer while she slid from soft and delicate to the highest of high notes. (No wonder she routinely sings the national anthem at major sporting events.) A true mashup of pop and jazz, she deftly combined hooks with syncopation and rhythm and blues notes of jazz. Then, to prove the point, she easily moved on to the Red Hot Chili Peppers "give it Away" making this iconic hip hop rock her own with an astonishing display of jazz rap vocals that generated cheers and applause.

After that, there was no stopping her. She went to the jazz past with Gershwin's "Fascinating Rhythm", and Nat King Cole's "Route 66" and back to the future with her own "Starting to Believe". Along the way she told us the story of her move across the country in VW with her husband, accenting it with her huge expressive eyes and mischievous smile. It was on "Route 66" that she really unleashed herself, singing the conversation she and her husband had - or may have had - while they drove the famous, now gone highway. The high notes got higher, the trombone came out even more, the energy radiated out from the stage in waves and nobody in the room was sitting still. She was on and so were we.

The consummate performer she is, Logan knew that this was the time to quite the room, refocus, and give the audience a break and pull them in close, very close. Standing in the spotlight in black tights, a black leather top and bright red high heels, she looked every bit the star she caressed us with David Mann's blue note jazz standard "In the We Small Hours of the Morning" finishing it with an incredible extended high note that left the audience breathless and cheering.

She kept us on that high with a fast-singing rendition of Mackelmore and Ryan Lewis "Can't Hold Us" perfectly blending her jazz persona with the duo's earworm the pop lyrics Can we go back/this is the moment, tonight is the night/we'll fight 'till it's over. Logan's vocal skills are awesome - how she can sing so fast, never missing a beat or a syllable, while moving up and down the scales and changing rhythms in mid-bar is almost beyond belief.

She wrapped up with her own song "Don't Wanna Tell Nobody" with audience participation, and then, after a standing ovation and calls for an encore, came back on stage and left us the powerful lines of You told me you were my security, proving that whether its jazz, pop, rock, hip hop or trombone - she can do it all with the best of them. 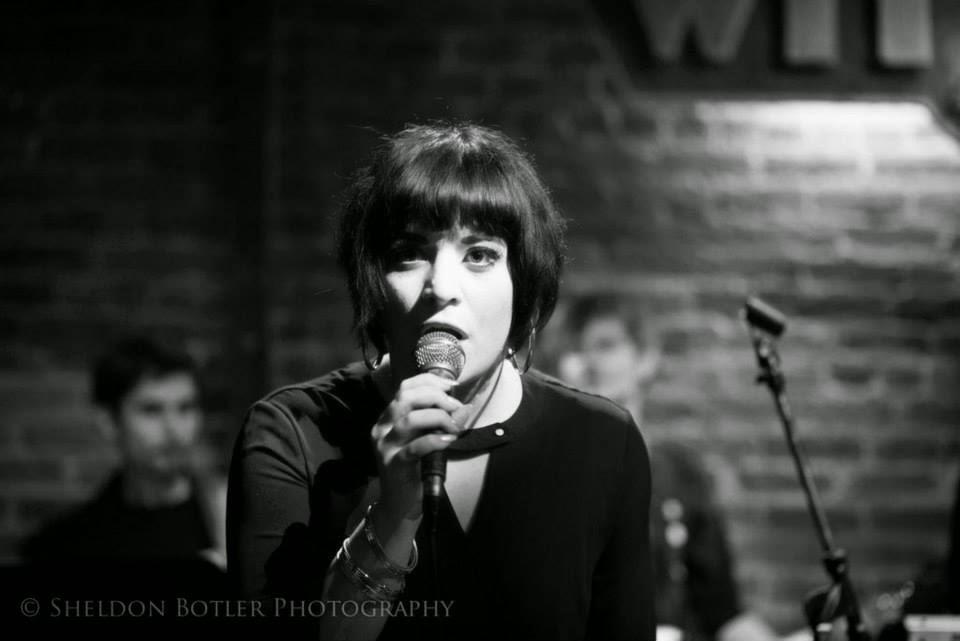