Time travel has long been a staple of science fiction books and movies. As a child growing up at one point I had read every sci-fi book in the local library, devouring stories about time travel and the scientific theories surrounding them. I continue the habit through my PhD. at MIT, relishing the paradoxes of meeting your younger self or changing the past from the future. Whether it was H.G. Wells’ The Time Machine, or Back to the Future, time travel is endlessly fascinating.

As I settled into my tilt-back chair at the Chinese IMAX for a preview screening of Interstellar, time travel was far from my mind. I had not done research on the film beyond seeing one trailer, so I came with no preconceived notions and was prepared to let it wash over me, as one should with movies by Christopher Nolan, the director who brought us Inception, The Dark Night and Memento, among others. And wash over me it did, with wondrous  renderings of space, time, other planets and a black hole. However, the tidal wave of beauty and wonder evoked by the film’s imagery soon receded, leaving a screenplay confused and confusing about its subject and distracted by overwrought music. 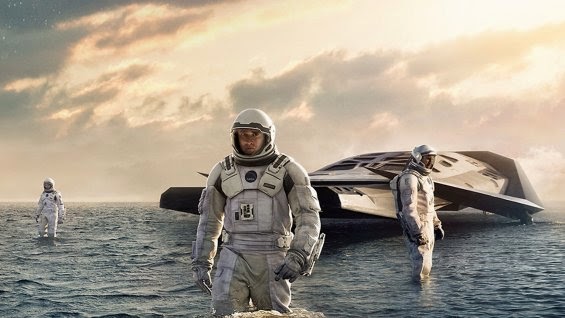 At its heart, Interstellar is a complicated story about the simple promise a father makes to a daughter: “I will come  back”. Matthew McConaughey is Cooper, the father/engineer/astronaut who makes this promise. He plays the role with wrenching intensity – he is committed to his daughter Murph and to the role of father in every second of every scene. The warmly-lit close-up scenes with McConaughey and McKenzie Foy the ten-year old Murph are emotionally raw as they perfectly project both  the love and the disappointment  that propels these two characters.

Anne Hathaway as Dr. Brand,  the biologist whose knowledge is supposed to complete the mission, seems less committed in some scenes but is totally engaged in others when she shows anger and tears every bit as real as McConaughey’s. Jessica Chastain, as the older version of Murph now the mathematician who, after receiving messages from her father from the future, solves the key equation that can save the world, matches McConaughey in intensity, tears and power on-screen. Nolan’s skill as a director coaxing performances while executing a grand vision shines through every performance in the film. As the final credits roll, you feel that he feels he succeeded in that vision and in sending his message. The trouble is you are not quite sure what it is.

His vision of our world on a glide path to ecological self-destruction so terrible that we have even given up on war is a message: stop global warming or else. The existence of a secret NASA base  (although how a spaceport within driving distance of farms could be secret is hard to understand) is another message: we will never give up reaching for the stars. The endless lectures on relativity, backed up by blackboard equations, was another message: learn about relativity and study math. McConaughey's decision to sacrifice himself and go into the black hole to save the mission was  another message… and on and on until the film came close to being a two - hour series of sermons with really cool backgrounds and a lot of crying. The ridiculous metal-slab obligatory robot character TARS, voiced by Bill Irwin, that  was supposed to be comic relief but was just pathetic didn’t help. By the time we got to the final message or plot twist – it was hard to tell which it was meant to be - we were exhausted.

We had just sat through 2 hours of characters talking, talking, talking about mostly abstract stuff, little of which moved the plot forward. And every time the plot did move forward, Hans Zimmer assaulted us with unnecessarily loud, clichéd music that went on and on and drowned out whatever was happening on the screen. It seemed in some scenes, especially when the “final realization” was coming in the form of quick cuts back and forth from the future in the galaxy to the present on earth, that Zimmer had composed the music and Nolan had edited the film to fit it. Movie music is supposed to give depth and emotion to a scene without being noticed; Interstellar’s score did neither well and was so egregiously noticeable that it distracted from what was happening on the screen.

In the end, the Interstellar was about time travel, although not always the way sci fi fans think of going into the future or the past. Relativity, Nolan taught us, can also be time travel where the astronauts experience time differently depending on where their ship Endurance is located. Landing crews age a few hours while ship crews grow old if you are too close to the singularity. And on earth everyone is aging and dying, so there is an urgency about time in the film. And the climax of the film is explicitly about travel from the future back to the past and to change the future. It is a good twist, but  it comes so late, after so many other plot twists and a few dead ends, that rather than evoking “ah-ha” understanding, all it creates is relief. “Great” we think, “so that is how it worked; can we wrap up now?”

In short, Interstellar is a magnificent film with many wondrous parts, but its whole is far less
than the sum of those parts. It was a story about time travel that took far too much of it to let us know that. And we never did find out if Matthew McConaughey and Jessica Chastain saved the world. 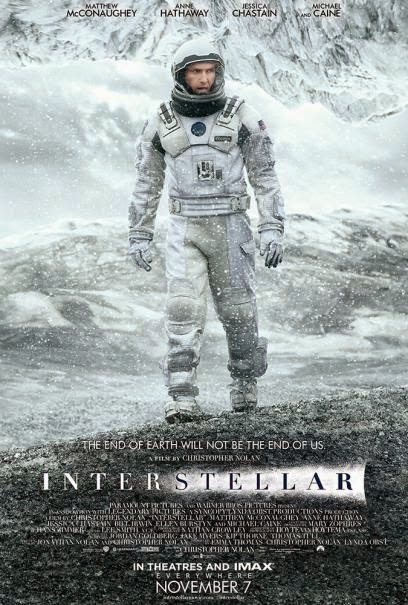