Review: Mallory Trunnell knows how to party and she threw a heck of one at Hotel Café to release her her new album, Words. Dramatic in a puffy pink prom dress with a blue silk sash marvelously clashing with her red hair, brilliant red lipstick and plastic flower necklace, Mallory was dressed for the part... part music, part fun, part party. She started the party with a parade of singing a Capella girls, who wound their way through the audience to stand in front of the stage adding a backup of ooh-ohh-oho and bong, bong, bong" to "Mallory's opening number from the new album, "My Turn". It was smiles from there.

But despite the celebratory atmosphere, Mallory Trunnell is not a party girl; she is a bust a girl, and has been from an early age. She grew up in Delta Utah ad began an acting career at the age of 4 and started writing songs at 9, pretty sizable accomplishments for a child in a desert town of about 3500 people. She is now in LA and is thriving in this city of 3 and half million, at least 10,000 of whom are aspiring musicians. Currently on her plate is promoting the new album released at Sunday's night party, The Twilight Music Girls band based on the Twilight book series, an earlier band called The crimson Calamity with Lauren Harding, a "Walk Through Music" video to help support the Take the Walk charity, the Hot Topic West Coast Tour and other gig is including the House of Blues earlier this month.

She brings that busy energy to her performances. She fills the room with energy as well as music. far more than a singer/songwriter, Trunnell is a force of nature on stage, directing the a Capella chorus, the two Bob Bop Girls backup (and sometimes foreground) singer, and her band or playing solo piano - while all the time keeping us laughing, toe-tapping and occasionally singing along. 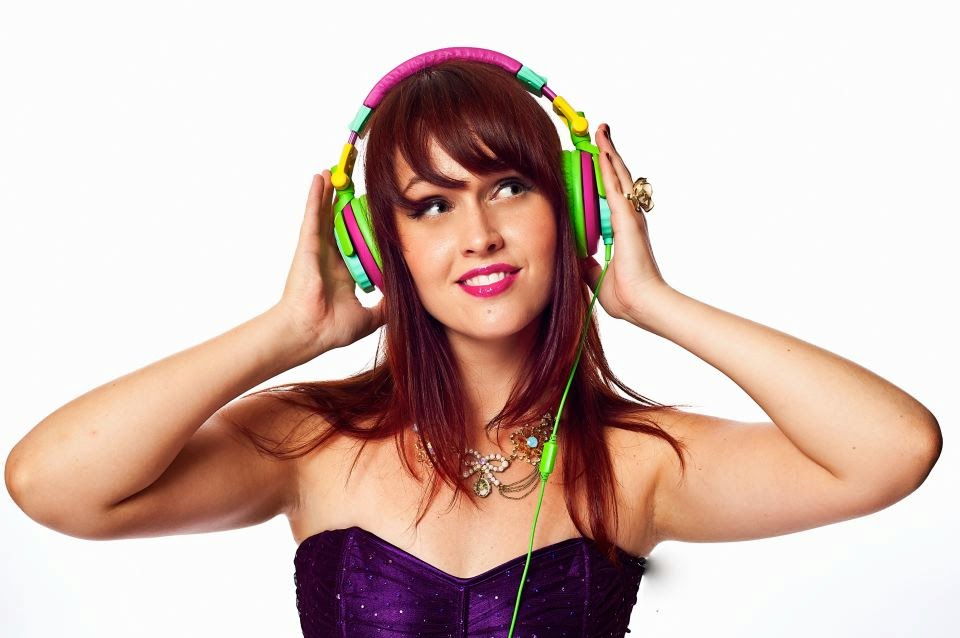 The a Capella chorus sauntered back into the audience as Trunnell began the title song from the album, "Words", happily singing the not so happy words with a big smile: I've been restless and feeling desperate/When I could barely breathe. This is Trunnell's signature, happy, upbeat melodies with not so happy lyrics. She continued the upbeat music/downbeat lyrics with "happy', starting with devil-may-care Da da da da da dum/Da da da da da doo doo doot n doo doot, n do yeah and followers it by asking the very sincere why does it hurt her to hate her lover when it doesn't hurt her lover to hate her - all joyfully accented by the Bob Bob Girls whose ooo's and bob, bop's make you grin while you wonder at the lyrics.

She lowers the energy but ups the emotion with the querulous "Waiting", asking plaintively I am. You Are. Can We Be?and then really lowers it with "Tattooed", a slowed urgent conversation with a lover. she laments the Tattoos so deep/They sink to my bones... I scrub and scrub/and scrub and scrub... But your colors have tattooed me. Her voice is urgent, her soul is stricken and she leaves us thinking how can this vivacious red head with a silly grin in a 50's prom dress with a guitar slung awkwardly across her chest make us feel so deeply that our stomachs tighten.

A consummate performer, Trunnell understands emotional breaks and emotional momentum - and when to do both. She gives us the break by moving to the piano and shooting the band off the sage, lightening the atmosphere. Then, she announces it's story time and tells us about the woman who set her on the path to music, her grandmother Ruby, the subject of the next song. The simple piano with her personal, talk-directly-to-you singing made this a high point of the evening. We laughed before; now we cried, Then we clapped when she gave a shout out to her mom, sitting at a table with friends enjoying her daughter's talent and love.

But it was time to return to upbeat/downbeat as she stepped back to the microphone an brought the band onstage for "Quit You", another paean to an addictive bad-for-you relationship. No,no,no I cannot quit you... Since you've been gone/There's been a little too much /in my bed. Most singer/songwriters mine their own lives for material; if Trunnell's lyrics come from her life, her memoir will be delicious.

Trunnell finished with a flourish, singing "Tomorrow's Coming Fast." telling the very substantial Sunday night 7pm early crowd I've got paper/Got words to rhyme/I've got music. Music is exactly what she has and when she shares it she makes people very, very happy.

Words by Mallory Trunnell is available on iTunes. 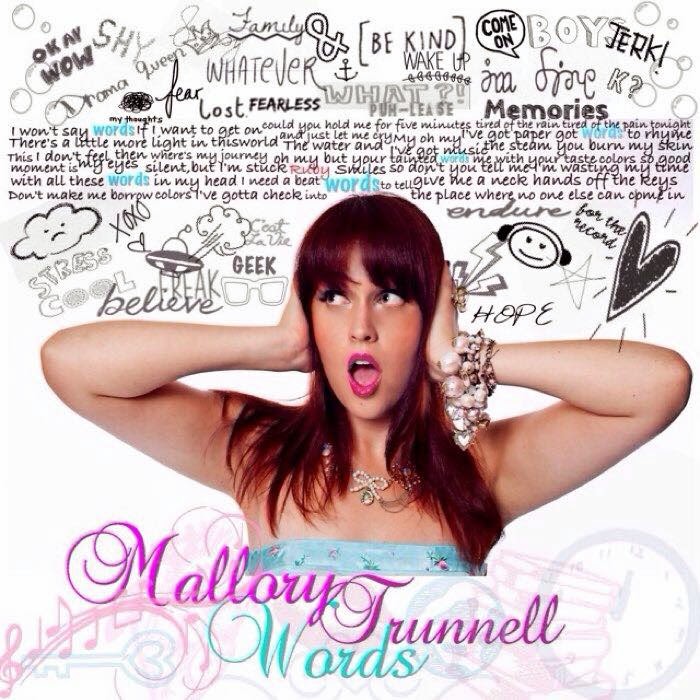