The best way to describe The Kin is wild men from Australia and the New York subway. There is nothing like them: two lead singers/guitarists who are brothers, a didgeridoo, a drummer who doesn’t use sticks, and a habit of invading restaurants and airports to steal ears, fill them with music, and then return them. And along the way, these three artists create  high energy, high melody, high fun alt. rock that is completely unique.They have worked with legendary producers Nic Hard and Tony Visconti and toured down under with PINK playing  to arenas full of thousands of people.They recently launched a grueling US tour, kicking it off at the Bootleg Theater in Los Angeles. Isaac “Hijack” Koren and Mark "Shakerleg" Nicosia stopped by R360 for a chat before setting up for  their gig.

R. Welcome guys. I love your band.
Shakerleg. Let’s be sure we understand who this band is.There is a drummer who plays without sticks, that’s me, and the other two guys are hacks. Seriously, we have two lead singers who are harmonizing like you wouldn’t believe. I am a New Yorker, not from Australia – we need to stop this Australian thing now...let me out! Let me out!

R. I can see this interview is going to go downhill fast. So, moving right along, you were on a tour with PINK in Australia and now you are starting a new tour in the US. What gives – going back to work so soon?
Isaac. We actually just got back from our tour in Australia – we toured with PINK last year. This is the “Thick as Thieves”  tour which started in Australia – we toured rural Australia.  We thought we were going to be in the Outback, but they’ve got some pretty big cities there. Now we are about to take on the US with this crazy New York City drummer. It’s amazing -- this guy on the drums with his hands. He is actually hurting himself on stage playing music.

R. We are going to talk about him. Isaac. I understand your mom was a musician and played with Colin Hay of Men at Work.
Isaac. Yeah, we would come home from school and she would blasting all the greats and singing the top notes and “gassing it up” as she would say. We were always listening to music through our parents and  this was the sense of our thoughts while we were making rash musical decisions. 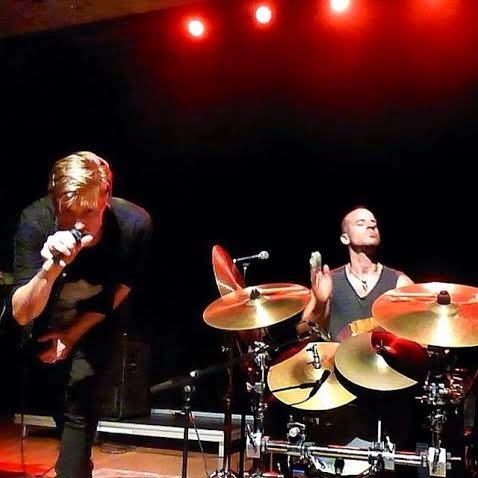 R. I know you have told the story of meeting in the subway many times, so I won’t ask you to repeat it, but I do want to know, Shakerleg, does it really hurt to play.
Shakerleg. Oh yes it does. The whole point was  to make people in the subway in New York, where I was making a living, to just turn their head and throw some money at me. Obviously my drumming skills with sticks were not up to par, especially in comparison to other New York drummers, I thought well, maybe I can just hit these things with my hands and see what happens. I had to injure myself in front of them to show them I was desperate and had nothing else, and it backfired – I started to like it.

R. Did you leave blood on the drum skins?
Shakerleg.There is calcification of the bone under  the skin of my hands - like a MMA fighter  or a martial artist who is hitting wood all the time. At least I like to kid myself that that is what is happening and not think about the future lack of use of lack of use of these two hands. I have a feeling it is coming. I wake up in the morning with my hands so swollen I can barely close them. I have to hold my hand up because they are so swollen. But it is too good - I can’t stop it right now. I am not going with sticks because I am so far beyond that with this hand drumming that I would  be trying to play catch up. I will break my hands until people stop coming  to the show.

R. Isaac, did you have any reservations about hiring a drummer who didn’t use sticks?
Isaac. We have played with many a drummer and we love them all, but there is just a chemistry with him that we have never before. There was no question – it was can we all get along?. Shakerleg interjects: and we finally do get along, this is the first time I have felt this comfortable. 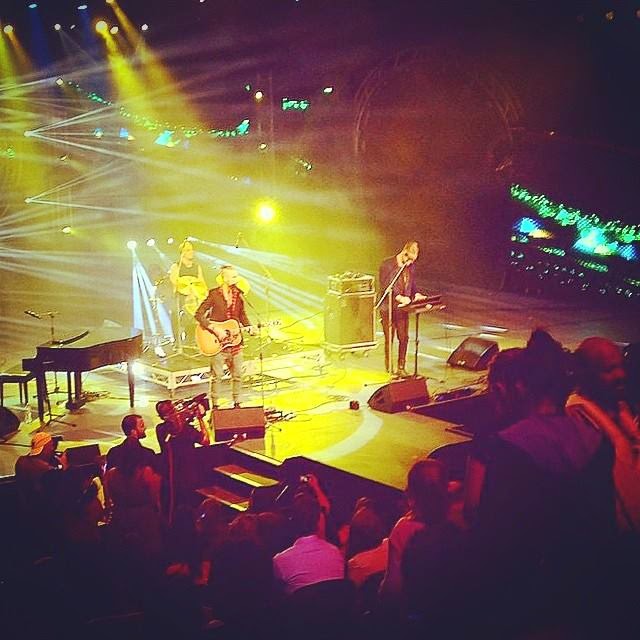 R. You worked with Tony Visconti, who produced for David Bowie T-Rex, among others. How did that happen?
Isaac & Skakerleg. That was through one of our managers at Interscope. He asked us who we wanted to work with and we listened to the rawness of T-Rex albums and Bowie’s melodic bass lines and grooves. We believe that what we do in the studio  has  to be raw and has the kinetic energy of a live show, as well as solidifies a groove that you can put on anytime and dance to. Tony did that for Bowie and T-Rex and we figured he could do it for us.

R. What was it like to open for PINK?
Shakerleg. I can speak personally as being a NY street performer, thinking that this is big as I am going to go and then standing in an arena in Australia looking at the rig set up for her flying around, it was overwhelming and…yeah. Ten years in a subway stations and then I am in an arena with PINK.
Isaac. I have never seen anyone so dedicated to her craft. She is inspiring and top of the mountain. We met her at a benefit concert at someone’s home in LA and she saw us play and several months her people called us and here we are. I still have the recording of us screaming in the background. I should make it my ringtone.

Get On It is out now and available on iTunes 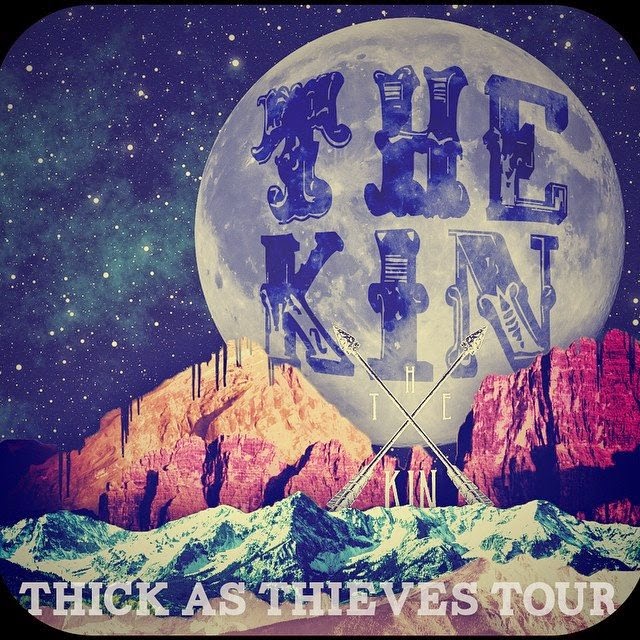 To hear and learn more about The Kin go to:
Web
The Kin
Facebook
facebook.com/thekin