Review: Quintessential New York singer-songwriter Toby Lightman held a packed and adoring LA audience in the palm of her hand last  night at  Hollywood’s venerable Hotel Café with the ivory-sheened sophistication of her voice blended mystically with the anger and grit of the street.  Lighthouse’s 11-song set clearly demonstrated why she is loved by both fans and critics across the country. She thrilled a standing-room-only crowd with songs ranging from her earliest releases to the title song from her new album, Every Kind of People. The audience knew the words to many of them and were ecstatic at the opportunity to sing along as they watched a supernova move toward critical mass.
Toby Lightman first entered my musical attention last summer  when I heard  her singing at the end of a television show, adding an aching depth to the final scene.  I was blown away by her powerful, smooth voice that elongated with emotional pain and anger.  She had recently left Atlantic records and was stretching out as an independent. Her recently released  album, Every Kind of People, and her live performances are compelling evidence that the move was best for her and for music lovers across the country.  Of the 100 or so artists I interview or review every year, she is one of the three or four who have the elements of stardom – talent, presence, discipline and an uncanny ability to connect with an audience from the stage or through a CD or download.  Lightman’s songs are musical sorcery that put a spell on you – which is why the audience at the Hotel Café gave her a standing ovation and begged for more as she left the stage.
Opening up with “All this Silence” from the Holding a Heart album, Toby grabbed the crowd instantly with her ivory smooth voice and subtle, angry lyrics.  People were following her, mouthing the words: “I’m here Underwater holding a gun/Knowing it won’t go off”.  As she shifted mood to “My Sweet Song”, a perennial favorite that showcases her voice, she spun her spell into an ethereal atmosphere that shut out everything but her song and her radiant face, eyes squeezed shut. 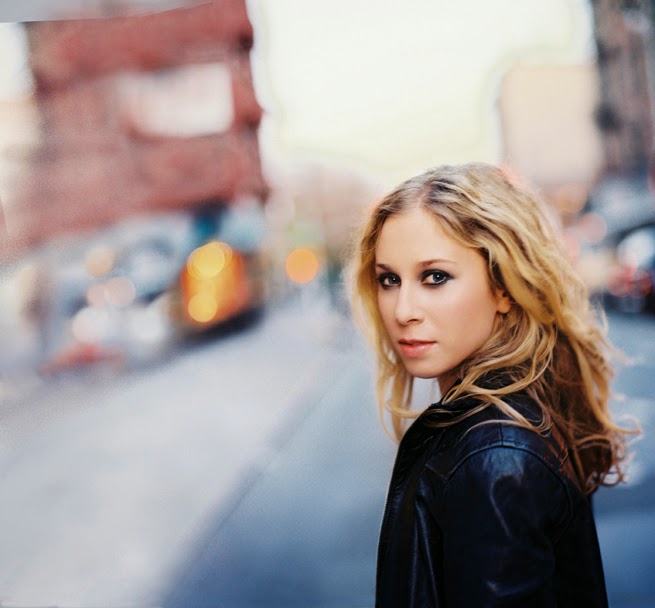 The anger returned in spades with “Your Welcome”, a hard-hitting  pop blues tune she delivered with force and a bit of the southern voice that she can bring to bear when she wants to – her “alter ego”, she told me last year.  Backed up by her mates on keys/piano and electric guitar, she moved with power and grace on the stage, driving the music with her rhythm guitar and sheer vocal power – the ivory became a dangerous task.  It makes you understand as she reels out her story in verses and hooks her short move to Thailand early in her career to finding herself. As she told me in the interview last year, “ I am 5’1” so I am living out a lot of dreams in these songs.”
But the dreams have shifted. Her dreams have matured and widened in their scope, which was apparent  as she moved through the set, even laughing at herself when a guitar string broke – “I guess I was really angry with that one!”  We saw that the dreams have grown beyond personal tragedy and interior wrath as she lit up the stage with her smile and sang “Every kind of People”, the title song from her new album. The crowd knew every word and sang sotto voce with her, swaying as she took us through her life and reflected ours, shimmering in the spotlight in soft black jeans, a rust tank top and golden necklace that set off her brilliant blond hair, partially corralled under a battered fedora. The street grit is still there, but softened and nuanced in a stage presence that is glowing and beautiful but unpretentious…and very much ready for the big stage.

That glow became more intense as she stood thoughtful, holding but not playing her guitar, eyes closed as if she was far away and long ago singing the achingly beautiful “Bumps in the Road.” Other sounds ceased as she caressed the crowd with notes, welcoming them to travel  life’s road with her, with their special person.  “Bumps in the Road”, along with “Holding a Heart”  and the emotionally powerhouse “Slowly”, which followed,  illuminate the mature, confident rising star, the woman who knows who she is and understands her hold over audiences.  Part of that confidence comes from her skill in placing songs in television and film and commercials, so vital in today’s music world. She has been licensing her music to entertainment  since 2005 including television shows like Brothers and Sisters, Dirty Sexy Money, Bones, One Tree Hill and films including PS,  Love You, Revenge of the Bridesmaids and Uptown Girls.
For me, the highlight of the evening was “Holding a Heart”, my favorite Toby Lightman song, next to the hard rock blues “Long, Hard Day”, which she did on commission for a television program.  But as luminous as “Heart” was, she shined even brighter in “Everyday“ from 2004,  leading the entire room in the chorus, “But I‘ll see better when the smoke clears/When the smoke clears inside my head/And I can listen when the screaming doesn’t repeat every word I said.”  Lightman wrapped the show with the uptempo “Let’s Go” from 2008 and finished with “Devils and Angels” from her 2004 Little Things debut album, which made the Billboard Top 100 in its first week.
Toby Lightman is a star who has been burning brightly for a decade.  With the release of Every Kind of People, she is ready to go supernova.  Her current tour is pulling fans from coast to coast into her orbit.  With her move to independence, she is now free, as she sings in “Everyday”, Of this desire to be what others want me to be/Which is nothing like me. What is like her is headlining a tour, bringing ivory and anger to audiences that are hungry for her kind of magical connection.
Every Kind of People is out now and available HERE 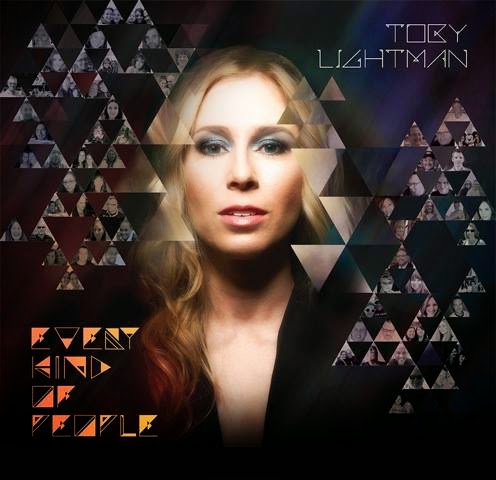