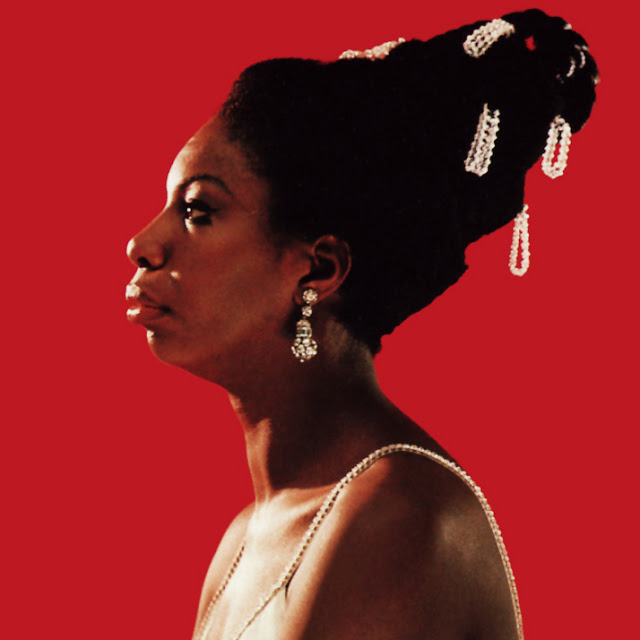 Review: Oscar-nominated director Liz Garbus has a talent for putting viewers inside the heads and lives of celebrities like no one else.  She has done it with Marilyn Monroe and Bobby Fischer, and now she has done it with the singer/activist Nina Simone. Garbus has produced a spellbinding documentary film that goes far beyond the genre “documentary” by editing together new and existing footage from the tumultuous life of this 50’s 60’s “Queen of Soul”.  The result is a masterpiece of both documentary filmmaking and storytelling.

There is music, more than 25 songs and a live clip of Simone at the 1978 Montreux Festival, footage that documented the  launch of her career and encapsulated the complexity of her life. However this is not a concert film or even a music film;  it is the story of the woman who began life as Eunice Waymon from Tryon New Jersey, changed her name to Nina –  Spanish for little girl – Simone – after the actress Simone Signoret - in order to hide her piano playing in bars from her Methodist Minster mother and went on to become both a celebrated icon and a tragic mystery.

Simone grew up playing classical piano and aimed her life to being the first black woman to play classical piano in Carnegie Hall.  It was not to be. Denied entrance to the Curtis Institute of Music in Philadelphia because she was black (which later awarded her an honorary doctorate) she turned to popular music.  Garbus takes us on Simone’s journey, kicked off by that refusal. The journey is sometimes painful, sometimes joyful and always full tilt.   From her discovery at the Montreux Festival, to a record contract, to playing in major venues and on television (including singing her first hit “I Loves You, Porgy” from Gershwin musical Porgy and Bess on camera at the Playboy Club with Hugh Hefner) Garbus puts us inside Simone’s mind, looking out through her eyes, feeling with her body. 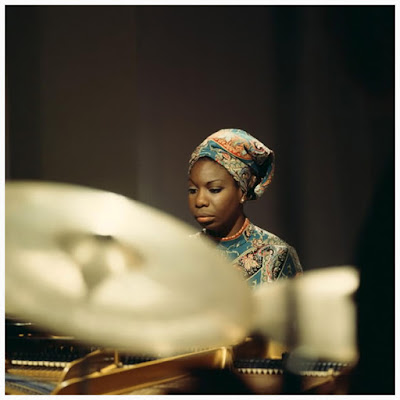 Some of the  most compelling footage in the film comes from interviews with daughter Lisa Simone Kelly, who described her mother’s demons with alcohol, the music business, the beatings by her husband and how it led to neglect of her daughter.  This is interspersed with footage of Nina and Lisa and the family – not all gauzy happiness – that precisely nail the emotions of Simon’s life and those of her daughter.  Additional interview footage with her ex-husband – who did not seem contrite in the least bit – make the punch even more powerful.

Garbus brings in Simone’s move to racial politics – a move opposed by her husband/manager who wanted her work ceaselessly to support their lifestyle – with footage of her at meetings with black movement leaders Stokley Carmical, Malcom X and others, her singing at rallies and demonstrations and the brutal backlash by police and KKK to the Civil Rights Movement. There is no way to watch the Garbus’s footage of police attacks, lynchings and freedom marches without thinking of the killings last week in the Emanuel Church in Charleston – a point noted in a conversation after the film by Garbus. The footage from that period perfectly sets up Simone’s career decline, separation from her husband and eventual divorce, mental agonies, move to Europe with her daughter, and eventual medical treatment and rescue by music industry friends in her old age.

Garbus joined LACMA film curator Elvis Mitchel on stage after the premiere at Film Independent and described how What Happened, Miss Simone was made with the full cooperation of the Simone estate , giving her access to over 100 hours of Simone recordings and 25 hours of interviews as well as stunningly personal film from Simone’s life and concerts, much of it shot for an earlier film that was never made. Garbus supplemented it with her interviews with her daughter and her husband and industry friends.

The music recordings and interviews were seamlessly spread throughout What Happened, Miss Simone by Garbus and her editor Joshua L. Pearson, blending strategically with previously unknown documentary footage to provide both revelation and narrative.  All in all a masterpiece.

The film’s title came from a 1970 magazine article by Maya Angelou and it answers the question in one of the most profound documentaries I have seen. 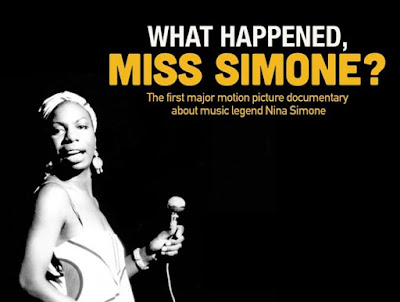 What Happened, Miss Simone? Directed by Liz Garbus is out now and available on Netflix.