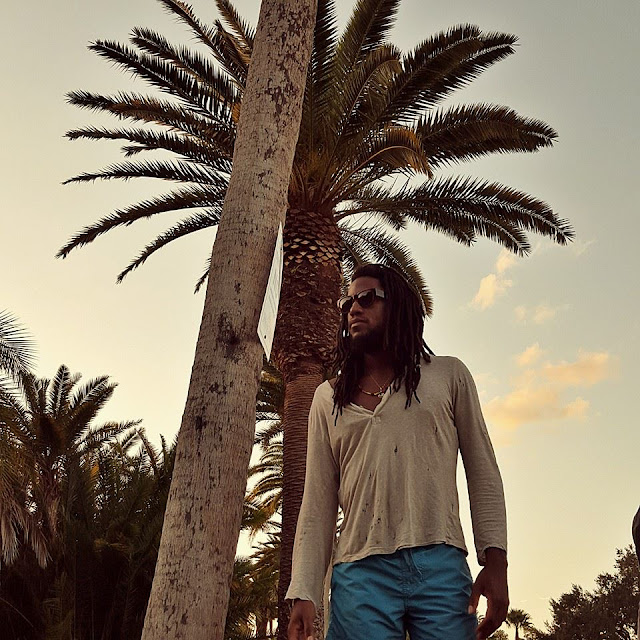 Review: (Los Angeles) Once in a while, I indulge myself in the music I grew up with, what many people call “good old fashioned rock and roll”, which includes early standards from Bill Halley to blues rock classics from Buddy Holly, Chuck Berry, Stevie Ray Vaughan and the Rolling Stones. Evan Taylor Jones should be on that list.  He has taken that “good old fashioned rock and roll” and updated it to the 21st Century with high energy, funky blues and a voice that evokes everyone from Sinatra to Ray Charles. His new EP, The Sunray Sessions, recorded at the Sunray Recording Studios in Casselberry, Florida, pushes all my musical happy buttons and I suspect will push the happy buttons of many, many people around the world.

The six songs on the EP, including a stirring cover of the Queens of the Stone Age song “Smooth “Sailing”, move with a dynamic energy and pure vocal ability that is irresistible – you must hit replay.  The Sunray Sessions songs reach into your DNA, rearrange your genes and make you feel like you are 10 feet tall and in a musical paradise. From the hammer-down beat of “Over Your Shoulder”, originally released on his album Songs from an Old Soul,  to  “Alike”, the horn-drenched rock/jazz number at the end of the EP,  each is a carefully crafted classic in the making.

It is not surprising that Jones can write and play old fashioned rock and roll and blues with such a wide range and modern twist, given his history.  He was raised by a single mother in Inglewood, California, in the shadow of LAX at a time when that small city buried in the bowels of Los Angeles was surrendering its quality of life to economic forces beyond its control. Jones lost his mother to cancer when he was 13. His dreams of a basketball career, so close as he was scouted in high school, were dashed when he injured his shoulder. But the rock classics his mother had played for him as a child began to inhabit his soul when he picked up the guitar while healing.  Now living in Florida, with his music playing in 34 countries and even a stage gig with The Wailers under his belt, he has never looked back. Some of the songs on The Sunray Sessions were  originally on his early album, Songs from an Old Soul, and re-recorded for Sessions, usually with the addition of horns;  some are originals written just for this release. All are superb. 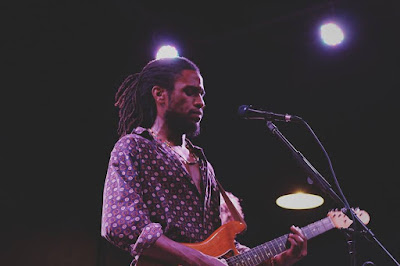 The EP kicks off with “Over Your Shoulder”, a classically constructed piston-pumping blues rock song that evokes the driving beat of Golden Earring’s “Radar Love" while injecting an urgency generated not only with percussion but with Jones’s extraordinary voice that takes the smoothness of a Sinatra and adds the aggressiveness of Fogerty’s Bob Malone.

Jones’ cover of “Smooth Sailing” continues that urgency, this time riding on a funky, guitar-driven rock beat and illuminated with backup singers who add counter-point to his from-the-heart voice.  He then shifts gears to “Closer Together”, a much lighter guitar touch that strums rather than shreds  and flows with color from horns and piano keys. The lyrics and the style sing of gentle intimacy right through a mid-song breakdown with powerful horn and drum play interwoven with funky bent guitar notes.


“Happy to Groove With You” keeps us moving with a Motown flavor, layered horns and Jones’s trademark confident voice riding on and in between the brass, strings and guitar riffs that sound straight outta’ Detroit.  The second cover of the EP, “Homegrown” originally released by the Zac Brown Band, starts fitfully with some conversation but then soars with Jones’ voice exuding twinkling soulful friendliness…you just cannot help but love this man and his music, whether it is a reworked pop/country song like “Homegrown” or the  wrap up song, “Alike”, with its colorful horns, synths and sophisticated drumming and  Jones’s glass-smooth voice singing right to you. The Sunray Sessions is a perfect introduction to Jones’ for those who don’t know him, and a must-have for those that do. Either way, The Sunray Sessions pushes every happy button possible for music. 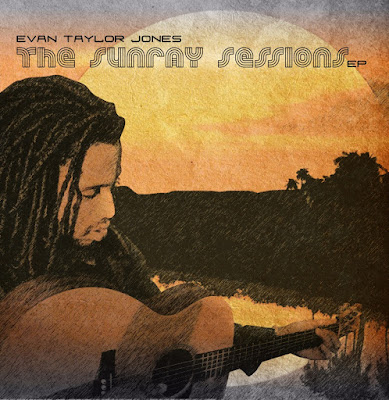