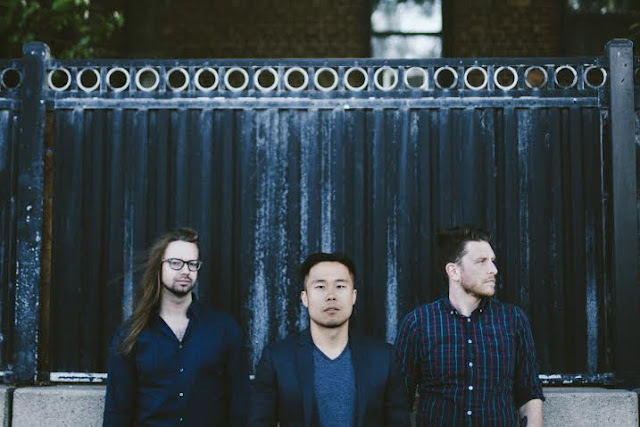 (Chicago) Hemmingbirds came into formation through the scattered collection of songs by Yoo Soo Kim. Navigating relationships and the uncertain future, he bunkered down in the echo chamber that was his basement and hashed out ten recordings that became Hemmingbirds' debut, "Death Wave." Described by TimeOut Chicago as "a pleasant surprise," the album is expansive with guitars, bass, drums, strings, and choir arrangements. As such, members Zach Benkowski and Tim Cap joined the band to bring those recordings to life.

Together, they created the band's second record, "The Vines of Age." The album is conceptual, as it unfolds with a narrator awoken by the sounds of howling spirits in his dream world. Within himself, he comes to battle his personal demons, his future self, and resolves by crashing through the ether back to reality. Carrying on with their chamber pop arrangements, the concept is carried upward and downward with soaring melodies and string arrangements with an all around sound noted as "heavier, noisier, and more soulful."