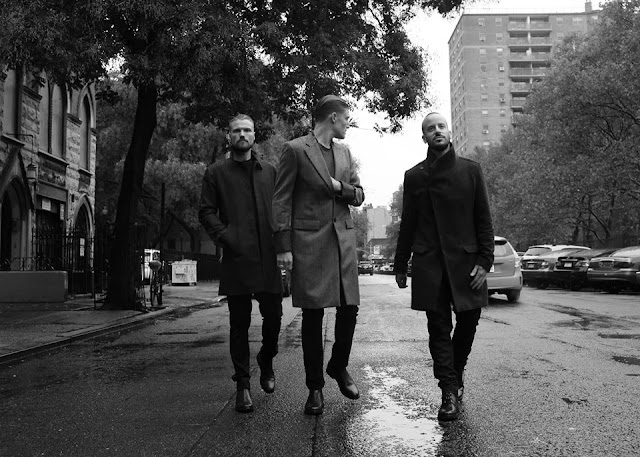 (New York) The Kin are saying farewell to the music industry...for now. After 10+ years of creating and performing their music for millions around the world, the alternative rock trio is announcing that their next album, entitled Modern Primitive, will be their last. This album is their 8th commercial release and the follow up to their 2013 Get On It EP, which they put out on Interscope and earned them a gold record in New Zealand. This album marks the culmination of this seasoned group’s career whose highlights include a record deal with Interscope, playing arenas opening for Coldplay, Rod Stewart, and Pink, and acquiring loyal fans throughout the US and Australia and everywhere in between.

Modern Primitive also symbolizes exactly who The Kin are today. Raw, high-energy, and 100% authentic. They consider themselves “outcasts” in a world of lip-syncing and computerized drumbeats since they insist on playing and singing every note, both live and recorded. They recruited world-renowned mixer, Jon Castelli, who mixed albums for Macklemore, Ariana Grande, Cher and Lady Gaga, to help produce the album in a way that captures the energy the trio have built on stage. MP is also the first album that the trio have recorded with their drummer, Shakerleg.


The band was originally formed by brothers Isaac and Thorald Koren from Adelaide, Australia, and later joined by NYC drummer Mark “Shakerleg” Nicosia whom they discovered in a Times Square subway station. Their performances drew astonishment from crowds, with Shakerleg creating the beat with his bare hands (often bleeding through his boxing tape by the end of the night) while the brothers Koren sang with raw passion and emotion. Their intense “heart-on-sleeve” songwriting spoke to many, and their fanbase continued to grow. Their music charted in the US, Australia, and New Zealand, and their songs landed on national TV shows, films, and the Super Bowl. They also performed live on numerous radio and TV talk shows throughout the US, including Sirius XM, iHeart Radio, Voice of America and Conan. 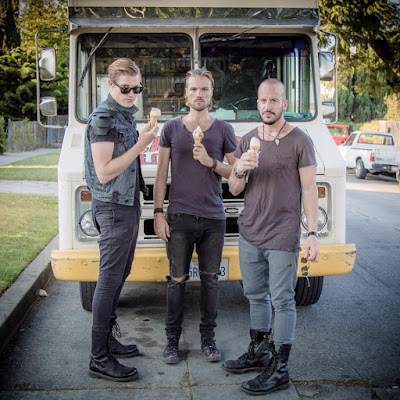 Despite their chart and commercial success and captivating live audiences worldwide, The Kin still felt that they remained lost in the shuffle among hipsters and DJs. Unswayed by the current of popular music, The Kin have stubbornly dropped their own anchor in a sea of riptides. Their single, Anchor, describes this sentiment, while their focus track, Ashes, captures the strength of the phoenix that rises at the end of a struggle.

Born of a mix of frustration and curiosity for expression, The Kin began what they called musical robberies – storming into public places, such as dinners, shopping malls, and airports, before holding the crowd up for a song and leaving unannounced after a passionate serenade. The Kin eventually left Interscope to forge their own path in recording and producing their own music and other artists.


Their Modern Primitive album is The Kin’s final offering which celebrates what makes them unique and expresses all of their emotions harbored over the years. Shakerleg says, “[Castelli] really took the time with us in the studio to hone the sounds and recording techniques. This album is worth the wait and worth listening to the whole way through."