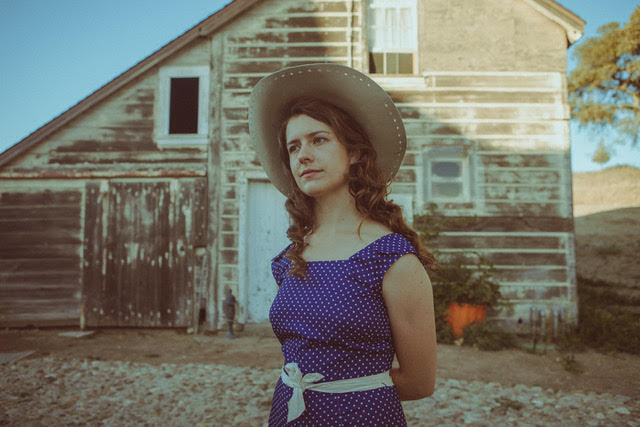 (Release) Coming from the coastal hills of Northern California, Ismay is a singer, guitarist, and songwriter drawing inspiration from the natural landscape of the American West. With an ear for an old-time aesthetic and artistry of indie folk, Ismay blends inventive songwriting, ethereal vocals, and dynamic fingerpicking on the guitar. When she is not traveling the western states on horseback, Ismay can be found working on her ranch, collecting the sounds and stories of rural California. From this cultural history comes Ismay’s deep-rooted sound of the New American West.

The creation of Ismay’s debut EP began with a river. After dropping out of college, Ismay (Avery Hellman) wandered from California to New Mexico and up through the Pacific Northwest. During this time she sought out a place of natural significance through which to explore her passion for the arts and the environment. Eventually, she found herself on the banks of the Klamath River in far Northern California. It was in this country that Ismay became entranced by the intricate cultural landscape of the Klamath. In the following two years, she embarked on a horseback trip to document the river through film, photography and audio recordings. In addition, she wrote and recorded five original songs, both along the Klamath with an old cassette tape machine and in a studio above the Pacific Ocean. Ismay worked with producer Tim Bluhm (Sarah Lee Guthrie, Johnny Irion, Nicki Bluhm) and engineer Robert Cheek (Band of Horses, Chelsea Wolfe) at Panoramic Studios in Stinson Beach, CA. The field recordings were produced by Eric Drew Feldman (Polyphonic Spree, PJ Harvey), and string arrangements in Nashville with Brad Jones at Alex the Great Recording (Justin Townes Earle, Nancy Griffith, Yo La Tengo). 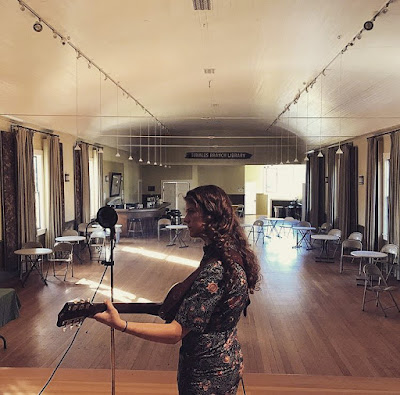 Weaving natural symbolism into this coming-of-age story, Ismay’s EP, Songs from a River, explores the way in which a connection to place shapes and parallels songwriting and recording.