As a child, Antony was very fond of his family’s album collection. He was fascinated by powerful voices and unusual sounds as well as album covers, particularly the ones featuring strong female artists. Inspired, he started singing at age 3, perfected himself in school and performed in church, where the elderly defined his talent as “the voice of an angel”.

He taught himself to play the piano and began writing his first songs during his teenage years. He then decided to stop musical training to focus on songwriting and develop his own sound. Antony’s music is inspired both by personal and universal experiences. It is reflective of the times he lives in, brimming with social injustices, broaching themes such as individuality, heartbreak, and superficiality. 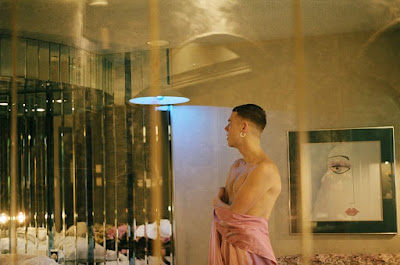 In Montréal, he met David Pimentel, aka Pomo, with whom he started a band under the name of Nouvel Âge. This project allowed him to perform in the city and enhance his songwriting skills before debuting a solo career. From then, he has rubbed shoulders with many other local acts and other fellow visionaries such as Ouri, who produced 3 tracks on his debut EP, The Moment, set to be released in 2019 via Bonsound. He is a charismatic artist who puts on a show nobody can walk away from.